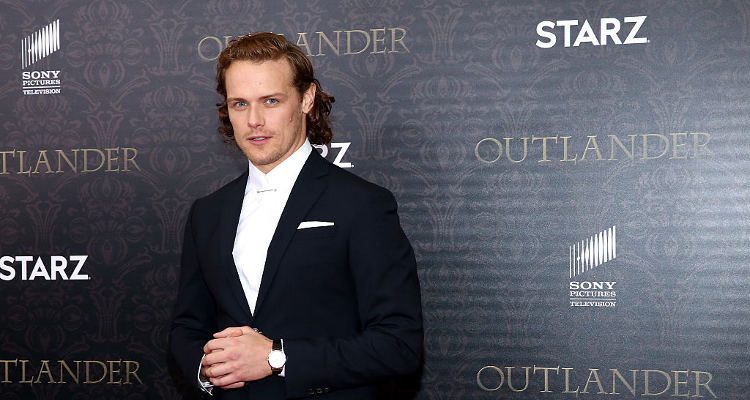 However, co-lead Sam Heughan plays Jamie Fraser, and yet he has been snubbed from both major awards shows. Fortunately, Heughan’s best work may come in Outlander season 3.

It can be quite difficult for even the best shows and actors to receive recognition for their work, because there is simply too much excellent TV on the air at the moment.

While Heughan’s work has been wonderful, he has been overshadowed by the flashier material that his co-stars have been given. Outlander is a TV drama series based on the novels from Diana Gabaldon. For example, Balfe’s character, Claire, has consumed much of the story line for the first two seasons. However, in the third “Outlander” novel “Voyager,” Heughan’s Jamie character is on his own for 20 years after he survives the Battle of Culloden.

It is expected that Outlander season 3, beginning in April 2017, will be Sam Heughan’s chance to really impress his fans and critics alike, and perhaps in a year he’ll be issuing a statement saying how happy he is to have received his first Golden Globe nomination.

Sam Heughan will definitely be prepared to reprise his role of Scottish Highland warrior Jamie Fraser for Outlander season 3. The 36-year-old actor follows a workout routine and diet plan for his character. Let’s take a look at Heughan’s intense routine to portray the Highland warrior.

While Sam Heughan is not considered weak, the actor was required to hit the gym to become a believable Highland warrior. Before he got the job, Heughan was probably around 185 pounds, and was doing a lot of cardio like running several half and full marathons for the enjoyment of the experience. That being said, he had to look like a warrior and outdoorsman.

Heughan spent six weeks with a personal trainer at a CrossFit gym in London, England. Heughan performed deadlifts, squats, and Olympic weightlifting, along with a lot of conditioning work. Heughan’s grueling workout session also begins at 5:30 a.m. As a result, Heughan got a lot stronger and built his weight up between 202 and 207 pounds. His personal best deadlift is 396.8 pounds, and he is aiming for a 440.9 pound lift.

Heughan’s boot camp workout had him training two to three times daily, and although he was eating everything, his diet was pretty clean. It was a high protein diet that contained healthy staples like chicken, sweet potatoes, and peanut butter to help with muscle growth. Heughan’s protein diet has also been Paleo part of the time. He wanted his character to be leaner, and Heughan found that the diet change helped.

Although Sam Heughan enjoys heavy lifting and building his muscle mass, the Scottish actor was required to shed that mass to play the role of writer Jacob in the independent movie When the Starlight Ends. Sam Heughan is also known for his roles in Young Alexander the Great (2010), A Princess for Christmas (2011), and Elusion (2014).