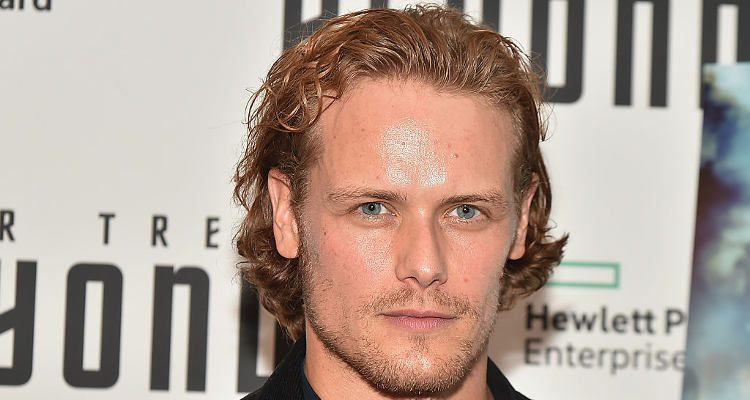 Sam Heughan has long mesmerized his fans with his marvelous performances in Outlander, and with Outlander season 3 coming up, fans will surely cry happy tears! We have info for his fans about his intense preparations for season 3.

Entertainment Tonight caught up withOutlander stars Sam Heughan and Caitriona Balfe in Scotland. The costars looked very excited about the exotic filming locations for season 3 and also mention that the upcoming season will be a bit different from the first two seasons.

They will be filming in South Africa as some parts feature Jamie and Claire’s voyage while other parts will focus on Claire and Frank’s relationship.

Heughan was also equally excited and added, “I’m really proud of this season so far. I think it’s been very strong and different and the stories are great, so I’m excited for the fans to see it.”

Read on to learn about Heughan’s fitness preparations.

Heughan revealed his fitness routine while talking to Men’s Fitness. He said he was probably around 180-185 pounds. “I was doing a lot of running; I ran for a charity team and did a lot of marathon running, but I had to look a bit bigger and I needed to look like someone who could take care of himself. “[Jamie] is an outdoors man and a warrior, so I had six weeks in London with a trainer at a CrossFit gym and we started learning the necessary deadlifts and Olympic lifts and then did a lot of conditioning work.”

Heughan has now built up to 202-207 pounds and feels his lifts getting stronger. He says he does a lot of sword fighting and feels very agile and strong.

He also tries to take a spin class or works with Fight Camp trainers doing competitive conditioning circuit. His routine includes kettlebell swings or wall balls, and he adores deadlifts.

Once a week, he does 100 burpees, and feels doing burpees is fun once you make it your routine, but if you get out of the habit, it is horrendous.

He recommends doing the workouts you enjoy in order to get a better result.

Heughan doesn’t restrict himself and eats everything but adheres to a clean and nutritious diet. He includes a lot of carbs and proteins in his diet, like sweet potatoes, chicken, fish, peanut butter, fruits, and veggies.

During the shoots when a nutrition-dense diet is difficult to stick to, he confesses to taking supplements. He ditches junk and processed foods and opts for protein bars to pacify his hunger. He hydrates himself with lots of water.

Heughan is preparing hard to impress his fans once again by showing off his superfit body in season 3 of Outlander, which will premiere in 2017 on Starz.