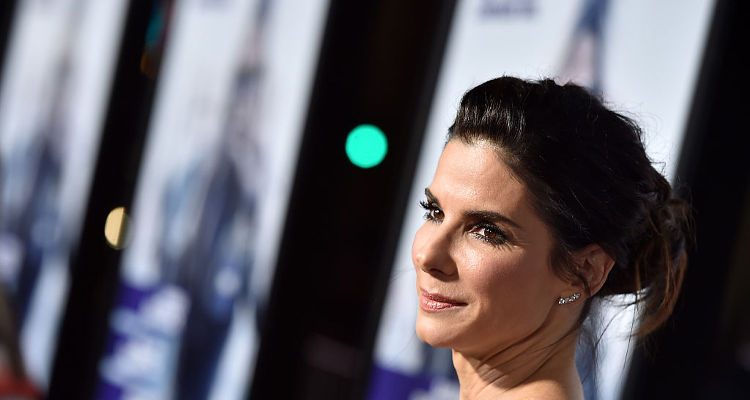 The Blind Side’s Sandra Bullock and her boyfriend, photographer Bryan Randall, were seen in New York this past Friday coming out of gym. It seems these two, who are rarely seen in public together, like to occasionally work out together.

Bullock, 52, is in New York, though there doesn’t seem to be any filming going on for her at the moment. The couple has been in a relationship for over a year and a half, and rumor has it the two are quite inseparable.

Even when not at home, exercise is important for the actress, who likes to do a variety of activities to keep herself motivated and to keep things interesting. Some of the fitness activities she enjoys doing are dance, cardio, yoga and Pilates.

Bullock has been seen heading to workouts up to six days a week, with each session lasting from 60 to 90 minutes. The mom of two often works out with Simone De La Rue of Body By Simone, a New York dance studio that has many celebrities as clients, including Beyoncé, Anne Hathaway, and Kate Hudson.

De La Rue works out with Bullock one-on-one, but there are general exercise group classes that others can take if they can’t afford a private session. The celebrity trainer’s Broadway background helps her clients because the sessions cross many activities, including dance, yoga, Pilates, and aerobics. She believes that anyone can change their body if they are willing to put the work into it.

When taking classes with De La Rue, Bullock works on stretching, toning, yoga, Pilates, and does a lot of dance cardio in her sessions with the dancer-turned-personal trainer. Of Bullock, De La Rue says the actress has completely transformed her body since starting her program and working out an hour a day, six days a week.

Having toned arms, she says, is something Bullock loves. When people ask her how she stays in such great shape, the actress replies quite bluntly by saying that she and other actors are paid to look good on film.

Bullock’s diet is all about eating the right kind of carbs that are filled with fiber and have a low glycemic index (GI). The actress eats healthy foods, which includes plenty of vegetables (also low on the GI scale). To keep her metabolism fired up and avoid having crashes, Bullock eats throughout the day, usually up to six times. Some of the foods she incorporates into her diet daily are black beans, brown rice, chicken and fish, and vegetables. Some of her favorite fruit include apples, kiwis, and bananas.

Even though she is a conscious eater and tries to do her best to keep it clean, Bullock does admit to having a sweet tooth. Some of her indulgences are raw cookie dough and pastries, but she’s permitted only one cheat day a week. Items she chooses not to eat at all are bread, pasta, and white rice.