Home > Advice > What's Bad For You > How the Diet Industry Got the Low-Fat Craze Completely Wrong! 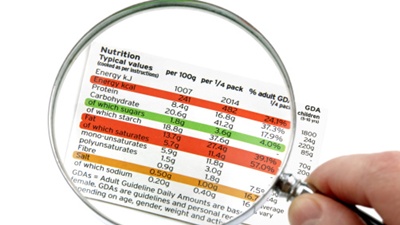 The low-fat craze certainly was pushed at us from every angle over the last several decades as a reliable method to lose weight, lower blood pressure and cholesterol, and decrease the risk of heart disease, diabetes, and stroke. There was a plethora of advice that fat was very bad for you, especially saturated fat foods, and that it should be avoided.

Saturated fat is found in higher concentrations in full fat dairy products, butter, some plant oils, and animal flesh. The reason that saturated fat was given the thumbs down was that the increased consumption of saturated fat foods was increasing low-density lipoprotein (LDL) “bad” cholesterol levels in the blood and this was assumed to increase the risk of heart attack and stroke—the key word being here was assumed. Previous research indicated that although the intake of saturated fat foods did increase cholesterol levels, this was not directly related to the development of heart disease.

This was not the real reason why people were developing heart disease. “The low-fat message backfired,” said Dr. Frank Hu, a professor of nutrition and epidemiology at the Harvard School of Public Health. “It led to a proliferation of products that were loaded with sugar, refined carbohydrates, and calories.”

The notion that saturated fat foods were responsible for heart attacks was based upon antiquated experimental animal tests and an unproven theory that high cholesterol caused heart disease.

Diets containing higher amounts of fat are not necessarily linked to obesity either. Prior research found that people on a low-carbohydrate diet lost more weight and had lower cholesterol levels compared to those on a low-fat diet,despite the fact that the low-carb group ate more saturated fat!

The folks consuming the low-fat diet ate more carbohydrates and had higher insulin levels which would increase fat storage and cholesterol synthesis in the liver.

The other problem about saturated fat is that there are actually four kinds so it may be somewhat difficult to paint them all with the same brush, so to speak:

If you want to jump on the nutritional bandwagon and rise-up against a fat, then trans fats should be your target of choice. They are found in frozen entrées, fried foods, take out foods, baked goods, snacks, and hydrogenated vegetable oil products in food spreads or margarines.

These molecules raise LDL cholesterol and lower your HDL cholesterol. They are dangerous, so read the labels before you buy anything with trans fat.