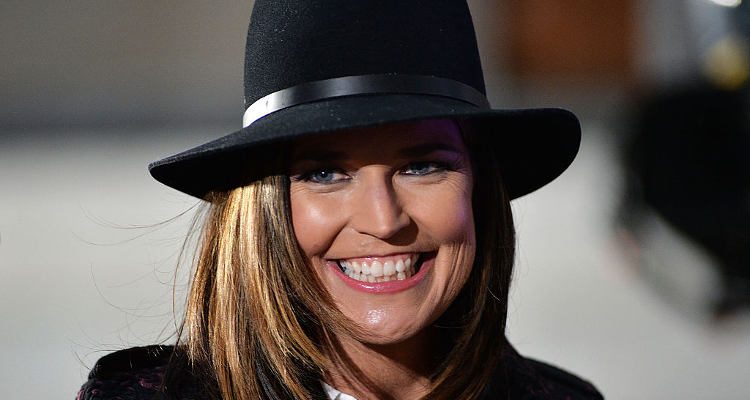 Guthrie usually has a slim figure, so now that she has given birth, she is probably working on her post-baby body and trying to get back to hosting The Today Show.

Earlier in the year, Guthrie took a mommy-baby workout class, which she brought her daughter to. Taryn Toomey led the class in New York, and it involved lunges, squats, and using their babies as resistance.

After her first pregnancy, Guthrie got right back into her slim figure by cutting out alcohol. She admitted that she put on 42 pounds with her first daughter, which didn’t come off overnight.

In order to achieve that weight loss, Guthrie adhered to a strict diet that included making healthier food choices. Although Guthrie hasn’t been known to workout much, since having her daughter, she is working out regularly.

In an interview with Closer Weekly, Guthrie had this to say about her post-baby body, “There’s always pressure no matter what job you’re in or what you do for a living to look a certain way, but I feel pretty thankful I haven’t been too caught up in that. I try to eat right, I haven’t really exercised much at all, but I plan to change that.”

We’re sure that Guthrie will adhere to the same principals she followed after giving birth the first time around in order to get back down to her slim figure.

This includes making healthy choices and amping up her fitness. Guthrie, unlike other Hollywood celebs, doesn’t put pressure on herself to look a certain way so soon after giving birth. This reduces anxiety about weight loss, and allows her to enjoy being a mother and heal.

Now that she has the tools to incorporate her children into her workouts, she will be able to not only spend plenty of time with her children, but also achieve weight loss as well.

For example, Guthrie has admitted to having dance parties with her daughter, not only to keep her daughter entertained, and having fun but as a means of burning off some extra calories as well. Guthrie has also said she enjoys lifting her daughter in order to add resistance into her exercise routine.

All-in-all Savannah Guthrie definitely has time to get back to her slim figure and we’re sure she will look better than ever.