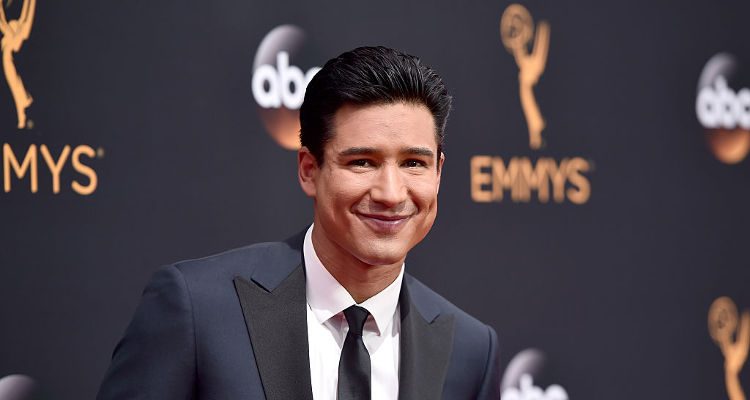 Happy (belated) birthday, Mario Lopez! It’s hard to believe, especially for Saved by the Bell (SBTB) fans, that the actor’s age is actually 43 this year. Wasn’t he just a cocky young Slater—the muse to many adoring teenage girls?

Nevertheless, the Mexican-American actor has managed to stay super fit and looks great on his 43rd birthday. His latest role is playing Cop Hernandez on NCIS: New Orleans. It’s no wonder he looks great; fitness has always been a huge part of his persona and lifestyle, even when on SBTB.

They worked it into his character. Mario Lopez’s wife, Courtney Mazza, is beautiful and also in great shape, so these two probably motivate each other a lot.

If there’s one thing Lopez has maintained throughout his acting career, it is his phenomenal physique. It quite simply is impressive and has never wavered since he first hit our radars as a young kid on SBTB. Perhaps it is even fair to say that the actor has improved his body over the last decade, because he seems to be getting fitter each year.

Of his fitness acumen and level, he says that wrestling definitely helped form his foundation of physical activity and know-how. “I truly believe my wrestling days help me now in many ways, and not just from a physique standpoint; a kid learns what he’s made of when he’s down on the mat,” he told fitness website BodyBuilding in 2011.

Staying healthy is always top-of-mind for Lopez—almost woven into his DNA, he says. He feels his best at work and at play when he’s taking care of himself physically. Improving on his form every day is always the ultimate goal, whether he’s boxing, running, or lifting weights.

Apart from being quite a good wrestler, Lopez is also a boxing pro on some level; and he has had the good fortune to spar with some boxing legends. Turning pro is even something he has considered, but all he says about that possibility is “who knows.”

Body part-specific training is something he does each week, where he dedicates an entire session to different parts of the body: chest, arms, legs, or back. That being said, he also likes to mix it up and shock his system; so from one day to the next he might be doing squat rack working his legs, in the ring sparring, or swimming laps in the pool.

As for why he believes he looks better today than he did in his 20s and early 30s, Lopez says he simply is more educated. About ten years ago, he was introduced to fitness expert and author Jimmy Peña, whom he considers one of his best friends now. Peña taught Lopez a great deal about about training and diet.

Lopez spends a lot of time in his workouts focusing on supersets, interval training, ab work, and makes sure that he follows a healthy diet that includes portion control and making reasonable food choices.