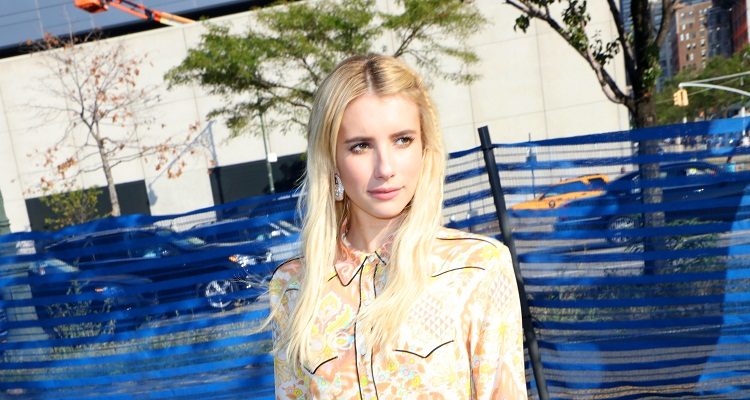 Scream Queens actress Emma Roberts and on-again, off-again boyfriend Evan Peters are reportedly back on again, and he must be impressed with the planks his girlfriend can do. Roberts, who is Julia Roberts’ niece, has taken to working hard in the gym and posted a video clip to Instagram a few days ago showing her workout of rigorous side planks with lifts. If Peters isn’t impressed with Robert’s “side plank Saturday” moves, he should be.

Sit-ups are a pretty good exercise for getting great abs, but, surprisingly, they aren’t the best way to work your core. Working the obliques with side planks can really help shape and tighten up the mid-section as well.

Planks are a terrific way to not only strengthen your abdominal muscles, but also to strengthen the lower back and upper-body muscles. The side plank that Roberts is doing helps tone the obliques as well, and a lot of core strength comes from those side muscles, so they shouldn’t be ignored.

Don’t expect to get on to one side and start pushing out those plank moves like Roberts right away. It takes time to develop muscles and core strength, so be patient while your body gets stronger every day. Another great exercise for building core strength is Pilates.

Roberts loves to do Pilates and says it is the one thing she has tried that has stuck because she enjoys it so much. She tries to do Pilates three to four times a week, but if she’s shooting at the time, it drops down to about once a week. The Scream Queens actress says she isn’t overly athletic, so her workout routine isn’t exactly hardcore but it gets the job done.

Other than Pilates, Roberts says she likes to ride her bike and go for walks, as long as she is moving. Walking is great because it is easier on the joints than running and burns some calories, but not as many as jogging or running. When she does go to the gym, she prefers to have a trainer with her to make it more fun.

The actress has been working on quite a few projects lately. Her Nerve movie released this past summer, and the actress has hinted that she will be returning to American Horror Story for another season as well. With all that time in front of the camera, Roberts probably has more pressure on her to maintain a certain physique and level of fitness.

As for her diet, Roberts says she loves to eat healthy and clean, which, for her, means eating organic food. She claims organic food is the biggest reason for her slender and toned frame. She drinks a lot of water throughout the day to flush toxins out of her system. As healthy as she is, she does have cravings for pizza and sweets but indulges in these items on weekends only.

McNamara, B., “Emma Roberts Shows How to Do a Side Plank,” Teen Vogue web site, September 19, 2016; http://www.teenvogue.com/story/emma-roberts-saturday-weekend-workout-side-plank-core-move-exercise, last accessed September 22, 2016.