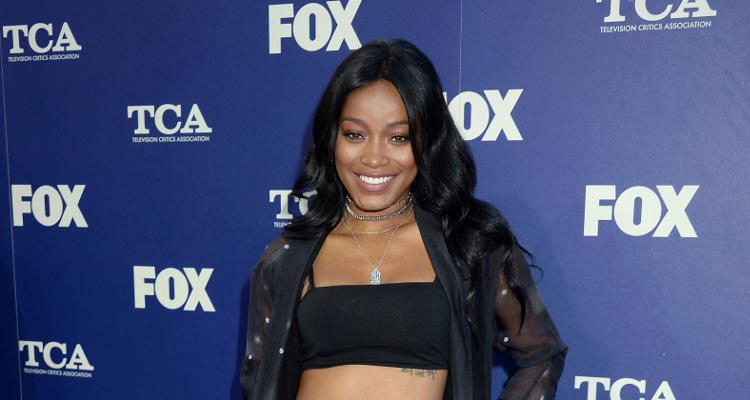 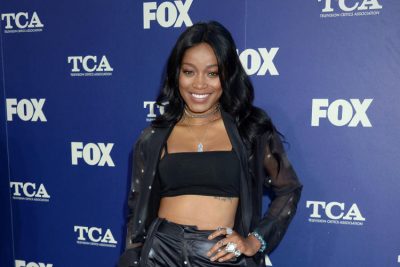 Actor and singer Keke Palmer released a new album entitled Waited to Exhale five years after making it. Palmer released her debut album, So Uncool, when she was just 14 years old.

The Scream Queens star says that she never released her second album due to record label issues, coupled with her problems with anxiety and depression.

The 23-year-old says she was originally afraid to stand behind the words in the album because she had too much anxiety. It got so bad that Palmer stopped trying to make music altogether—she allowed others to make her believe that she needed big budget music videos and big record producers backing you to release music.

At the time, Palmer’s anxiety and stress lead to lots of years of depression for the young star. The title of her album Waited to Exhale is a reference to her anxiety.

Waited to Exhale is an album about reclaiming your life. In a blog post, Palmer says that you should believe in yourself, because you are the only one that is stopping you. Palmer added that you must believe in the dark, so that when the light comes on everything is seen clearly.

A new healthy eating habit and a regular workout plan helped Palmer recover from her mental illness. Palmer says that when she‘s not eating well or exercising, she doesn’t have energy or motivation to live life at its fullest.

Palmer understands that an anxiety-healing diet starts with a good base of nutrients, and well-rounded meals from clean and natural sources.

High carb foods like refined cereals and sugary snacks contribute to her anxiety. Palmer has instead cuts down on her unhealthy carbs, and will consume complex carbs like green and leafy vegetables, nuts, and legumes. Green vegetables are high in B vitamins, which are great energy boosters for someone with depression or anxiety.

For breakfast, Palmer might have a protein shake. For lunch, she often has a steak with black beans. Snacks are often a granola bar and pistachios. Finally, dinner includes grilled chicken.

Palmer also finds that working out helps with her depression and anxiety. She devotes 30 minutes daily to her workout, which includes an abs exercise, squats, and cardio exercises to help sculpt her body.

She’s also a big fan of meditation, and says that she’s very focused on it. Regular meditation is considered a great complementary treatment for anxiety and depression. Palmer also realized how meditative it was to find her passion at a young age.

She made her acting debut in the 2004 film Barbershop 2: Back in Business, when she was just 11 years old. She then rose to prominence in 2006 for her roles in Akeelah and the Bee and Madea’s Family Reunion.

Palmer now has a whole new outlook on life. She has a tattoo on her arm that reads: “We are what we repeatedly do. Excellence, then, is not an act but a habit.”

Palmer truly believes that you can become anything you want because you choose your habits every day. Palmer now chooses to be positive while leaving depression and anxiety in her past.