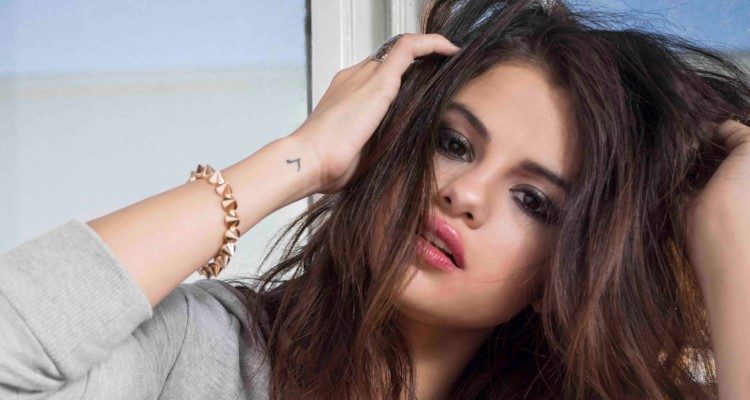 Selena Gomez is a beloved pop star and icon to so many, but did you know that she struggled with being diagnosed with lupus? It was reportedly a struggle for Gomez to attend rehab and undergo chemotherapy to treat it. She also struggled with weight gain due to the medication she was required to take. Thankfully, she found ways to help with weight while coping with the illness—and reportedly received support from her former lover (now friend) Justin Bieber.

Lupus is an autoimmune disease where the immune system becomes hyperactive and attacks normal tissue in the kidneys, heart, brain, spine and lungs. Although the cause is unknown, the disease can affect all systems of the body.

Some of the symptoms can include fever, fatigue, painful joints, hair loss and a “butterfly” rash that appears on the face. Because little is known about how the disease manifests, it is currently treated with drugs and chemotherapy.

While battling this disease, Gomez faced many body-shamers who criticized her for gaining weight. The singer says she was even greeted at the airport with nasty comments during that time.

“I’d land at the airport and people would yell out, ‘You’re fat!’ It was awful.” She recalls.

This was disappointing to the singer. She was angry, but channelled her feelings to her creative side, which resulted in her critically acclaimed album Revival.

How empowering is that? 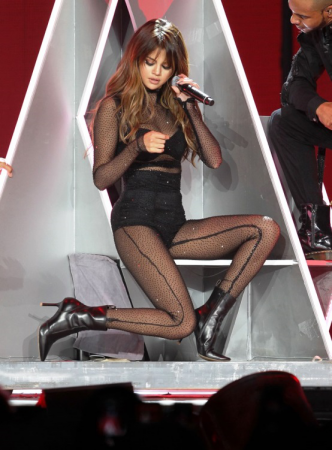 Chemotherapy and Rehab Were Not Easy

It wasn’t easy for Selena Gomez. Some tabloids alleged that she was dealing with an addiction instead of a life-threatening disease.

‘I wanted so badly to say, “You guys have no idea. I’m in chemotherapy. You’re a**holes”,’ Gomez shared in an interview with Billboard.

In 2014, Gomez attended an Arizona rehab facility called ‘The Meadows’ where she allegedly dealt with mental and emotional health issues after undergoing chemotherapy.

“Rehab would be the perfect escape for this as you have taken pressure off of yourself from having to fit within social norms and give yourself dedicated time to heal and focus on recovery,” she said in another interview with GQ magazine.

Her downtime was really about helping herself heal one day at a time. Still, the singer mentioned that the hardest part of it all was becoming a tabloid story.

As someone who worked in the industry since the age of seven, Gomez now sees how people can focus on negativity rather than on the good things she has accomplished. Thankfully this fueled the star to create songs that inspired her audience through adversities.

Justin Bieber supported his ex-girlfriend during her struggle. He reportedly wrote songs for Selena Gomez and told her that she was the most beautiful girl in the world, even if she lost her hair or gained weight.

Justin apparently visited her and even brought her some of her favorite foods from expensive restaurants—he wanted to let her know that he supported her despite their past relationship difficulties. 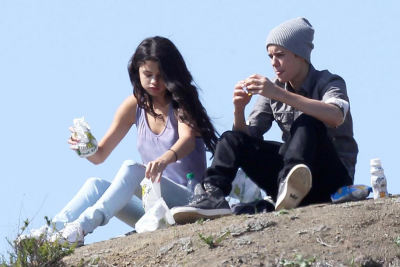 Back in the day…Justin Bieber and Selena Gomez enjoy a romantic picnic in Griffith Park. 04/04/2012. Credit: Clint Brewer Images/Splash News.

Selena Gomez Shares How She Recovered From Lupus

Although lupus is a life-long autoimmune disease, there are ways to keep the condition under control and prevent relapses.

As we know, Gomez went to rehab after undergoing chemotherapy to treat the illness—but as mentioned earlier, she also went to therapy to deal with the emotional and mental stress of being in the public eye and continuously body-shamed during a vulnerable time.

It was important for her to take down time and be okay. When she was ready to talk about her illness with the public, she was in a much better place.

She even shared that she maintains her good health through “diet, routine and medication”.

After gaining weight from her lupus diagnosis, Selena Gomez made a point to focus on her diet and workout regime to help with weight loss in early 2016. Gomez stayed away from sweet foods. Whenever she had a craving, she reportedly took a natural metabolism boosting pill. She also included apple cider vinegar in her diet to feel fuller for longer. Here are a few things you can do to help with weight management:

Selena Gomez Is Not the Only Celebrity Who Has Lupus

Other celebrities who battle lupus include

This illness can affect anyone and it is important to be aware and pay attention if you feel a bit ‘off’. Although lupus generally affects women between the ages of 15 and 45, and people of Hispanic, Asian and African descent, it can also affect men.

Selena Gomez warms hearts worldwide with her humble attitude, maturity and grace— and although she was diagnosed with Lupus, underwent chemotherapy, went to rehab, and battled with weight gain (and experienced weight loss)—it seems as if nothing will stop this starlet from bringing empowerment and strength to all.