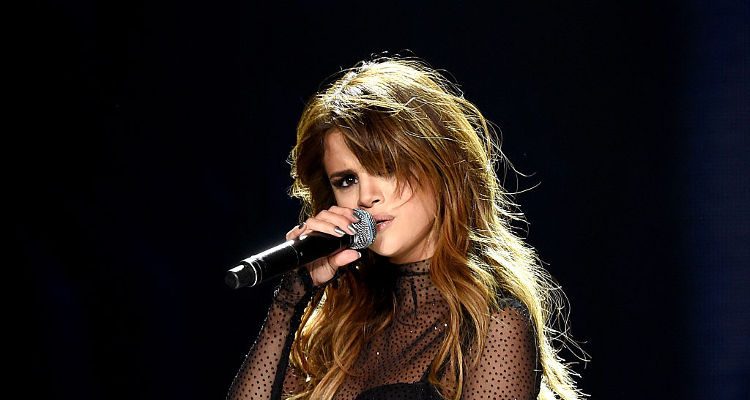 Revival singer Selena Gomez and Justin Bieber have had an on-and-off-again relationship and friendship for years. Their most recent feud, which happened over Instagram, resulted in Bieber deleting his account permanently, and soon after Gomez announced she was taking time off to treat her mental health issues and autoimmune condition lupus.

Gomez is currently staying at a rehab facility in Tennessee, and sources allege that Bieber is determined to stay in her life while she faces personal struggles. However, not everyone close to Gomez is happy about this.

Selena Gomez on Lupus: How She’s Dealing with the Autoimmune Condition

According to sources, Gomez’s family is not happy about Bieber being in her life at this time. In fact, they blame him for much of her downward spiral, which apparently began after Bieber began flaunting photos of his relationship with Sophia Richie, 18. Gomez is apparently quite emotionally fragile, and her relationship with Bieber has been a major trigger. Her family even went as far as warning Bieber to stay “far, far away”—banning him from texting, calling, visiting, and even emailing her. according to The Hollywood Gossip.

Despite her rocky relationship with Bieber, Selena is battling some really difficult issues. She is currently in rehab to treat her lupus condition as well as her depression, anxiety, and panic attacks that often accompany the condition. She was diagnosed with the debilitating autoimmune disorder in 2012, and despite seeing many of the best specialists, she still struggles with exhaustion and joint swelling.

Selena has followed different courses of treatment which include chemotherapy, steroids, bed rest, and taking medication, but hasn’t seen a major improvement in her symptoms. She recently decided to try the alternative or holistic route to treat her condition. Lupus is when the body’s immune system attacks healthy tissue, resulting in inflammation in the joints, skin, kidneys, lungs, and heart. Selena has allegedly enlisted a new team of acupuncturists, naturopaths, and holistic doctors to turn her life around for the better.

Selena wants to begin “chelation therapy.” This is a form of treatment that pulls toxins and metals out of the body. She’s following a grain-free, organic diet, and has even switched all her beauty products, soaps, and cleaning supplies to be natural and organic. She is also juicing three times a day, and it’s not a stretch to assume she is eating a lot of leafy green veggies and fresh fruits.

For her Revival tour, Selena Gomez had an intense fitness regimen. She teamed up with personal trainer Amy Rosoff Davis, who she met at Ballet Bodies in Los Angeles. While training, she did a variety of yoga, Pilates, and SoulCycle workouts. Selena gets bored easily, so she likes to keep her workouts fun and mixes things up.

She also admits that she likes yoga because it helps her with breathing, which she has difficulty with sometimes. This is especially good for her because she is both singing, dancing, and moving across the stage during her performances. Of course, she also drinks plenty of water to stay hydrated.

Sources:
Cronin, L., “Selena Gomez is Being Helped by Justin Bieber In Rehab But Her Family Wants Him To Stay Away [Report]” Inquisitr web site; October 31, 2016; http://www.inquisitr.com/3663531/selena-gomez-is-being-helped-by-justin-bieber-in-rehab-but-her-family-wants-him-to-stay-away-report/; last accessed November 1, 2016.