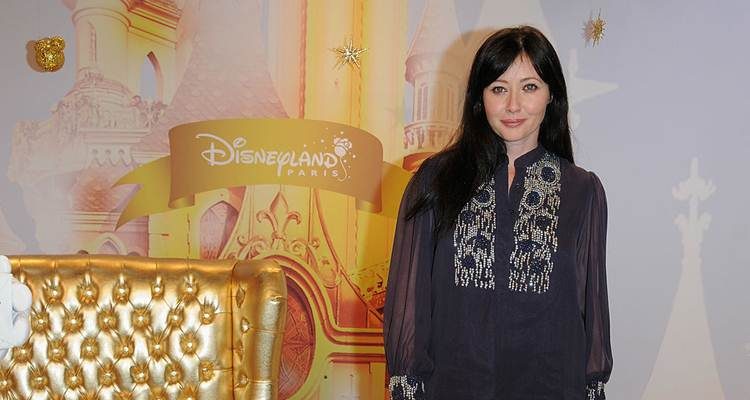 Shannen Doherty has been battling breast cancer, but that hasn’t stopped her career. The original Heathers star is actually heading back on set for a TV reboot of the classic show.

The actress revealed her TV show character on her Instagram, captioning the image “Sneak peek from the#Heathers set….. jealous much? @tvland.”

Sneak peek from the #Heathers set….. jealous much? @tvland

A few days ago, Doherty also posted about her undergoing a CT scan in order for her doctors to determine a proper radiation therapy plan for the actress. Although she admitted to having a panic attack, Doherty is thankful for the team of doctors working to help her beat cancer.

Ct scan to do mapping for radiation plan. This scared me so much. Not sure why. Was supposed to get it with contrast but the minute they started looking at which vein to use I started crying. Full panic attack. Sometimes, you just get sick of being poked. And that's ok. I cried. I felt sorry for myself for a minute. Then stopped and reminded myself of how lucky I am. Thank God my new radiation oncologist decided to try without contrast so I would calm down. So…. one panic attack down and mapping done!! Now to actually start radiation… #cancerslayer #warrior #fightlikeagirl #blessed

Doherty, who is married to Kurt Iswarienko, has documented her journey through breast cancer—she even documented the fact that she underwent a mastectomy prior to beginning chemotherapy treatment.

Doherty even opened up to Chelsea Handler and said, “I think what’s beautiful and hard and interesting about cancer is that it tears you down and builds you, and tears you down and builds you and it remakes you so many different times. So the person I thought I was supposed to be or was going to be or who I thought I was six months ago is now somebody completely different. And I realize ‘Wow, I really thought that I was so brave and so gracious this entire time and really I was just hiding.’”

It isn’t easy to always exercise when undergoing chemotherapy, as it often leaves you tired and fatigued, but when Doherty has her good days she still tries to hit the gym. The actress took to her Instagram to discuss how every day is a battle, but she tries her hardest in order to fit some sort of workout into her day. In her caption, she made sure to include the importance of talking to your doctor to ensure that exercise is good for you, as each case of cancer is different. A very important reminder for many.

After chemo day. I believe that just moving helps so much in the healing process. It's not always easy and sometimes I can't do it the next day but I try to make an effort to get the blood flowing and the toxins out of my body thru working out. Some days are easy workouts and other days I push it but the key is to MOVE!!! This is for any illness. Obviously check with your doctor. The road to recovery is paved with all sorts of different material. #beastmode #fightlikeagirl #warrior

She followed up her positive message with a video clip of her shaking her booty. She admitted that she was tired and wanted nothing more than to be in bed, yet she pushed herself to get moving.

Let me tell ya…. shaking your booty is hard work with my Neda who's been helping me move and get toxins out. Yes I was tired, yes I wanted to be in bed but I went and moved and felt way better. Any exercise during illness is good. We can do it!!! #beastmode with @jammalibu #fightlikeagirl #warrior

Doherty very much opened up about the difficulties of exercise, but it’s amazing to see the actress out and about, working hard to stay as active as possible.

Aside from booty shaking, Doherty is a big fan of tennis, and will often play a game or two with her husband or friends.

Although Shannen Doherty still has a long ways to go in her fight with breast cancer, it’s positive to see her still doing the things she loves, which includes acting, playing a few rounds of tennis, and even getting her dance on in order to feel her best.