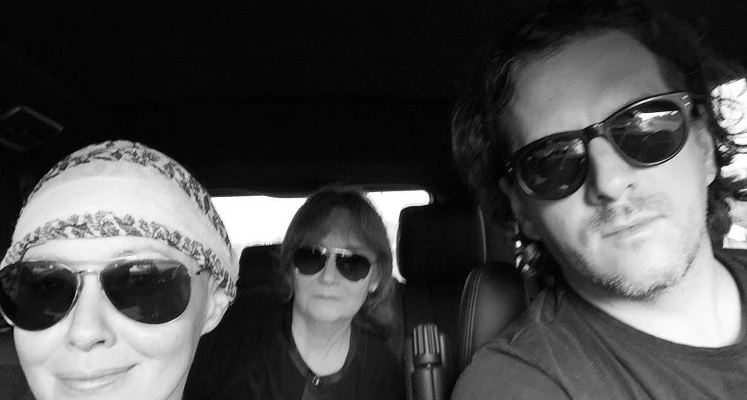 Charmed star Shannen Doherty is currently battling breast cancer, but thanks husband Kurt Iswarienko for his continued support during this time. The actress is undergoing cancer treatment and chemotherapy, and film producer Iswarienko has been there for her every step of the way; he hopes that she has a faster recovery than expected.

Doherty was first diagnosed with breast cancer back in February 2015, and revealed her diagnosis to the world six months later. There was a delay in her diagnosis, as there were issues among her ex-managers to renew her health insurance—that lawsuit has finally been settled.

Doherty frequently takes to her social media to allow others to follow her journey as she battles breast cancer.

How Shannen Doherty Stays Positive during This Hard Time

This past month, Doherty walked the red carpet for the Stand Up to Cancer event. In an interview with ET, the actress said, “Cancer has, in a strange way, done some amazing things for me. It’s allowed me to be more me, like much more in touch with who I am, and much more vulnerable and the person that I always was, but I think it got hidden behind a lot of other stuff.”

Her doctors are hopeful that she is nearly done with her chemotherapy, which is a relief because back in August there were reports that the cancer had spread. She previously admitted that after beginning her cancer treatments, she lost a serious amount of weight. She noted she was constantly throwing up, couldn’t be in moving cars, and she didn’t have the strength to eat. She would have to go see her doctor to be hooked up to an IV to finally start receiving some sort of nutrients.

Her best friend, Sarah Michele Gellar, challenged her to complete the #Loveyourspousechallenge which runs over the course of seven days. During that time, you post images of you and your spouse to celebrate love. Since embarking on the challenge, Doherty has posted images of her and Iswarienko expressing her gratitude and love for her husband. It is also a way to relive fond memories of a couple’s past, which Doherty has managed to do by posting images of the two skiing and being on a boat.

It’s good to see that Doherty is remaining positive during this stressful time, and that she has such wonderful support not only from her husband but from her friends and family as well. Shannen Doherty’s goals now are not only to recover, but to inspire and help others. We hope that she does recover from breast cancer and continues to live a positive life full of love and support.