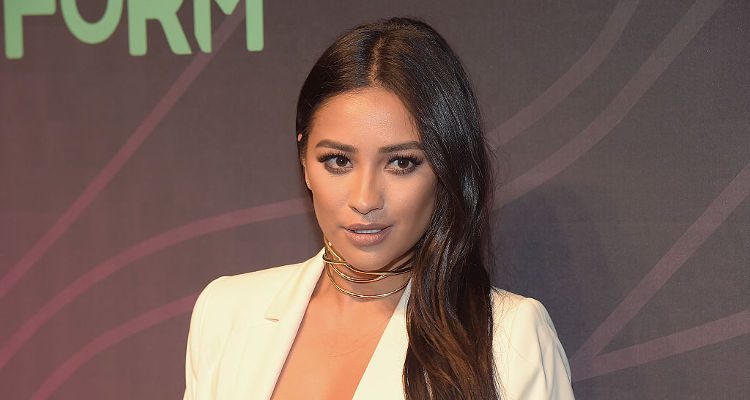 Pretty Little Liars star Shay Mitchell looks amazing on the SELF magazine cover. The actress looks fit despite indulging in pizza and ice cream. She indulges in her favorite foods, but in moderation, and also consumes a healthy diet to stay in shape.

Mitchell prepared hard for the SELF magazine November cover, but the preparations didn’t include abandoning junk food.

She posted on Instagram that the cover is an eye opener about lifestyle verses diet. “Prepping for this cover made me feel strong and healthy, and that if I really set my goals to do something and followed through, I would see results — and I definitely did.”

She says she doesn’t feel guilty if she has a slice of pizza or scoops of ice cream because she always gets in exercise. Even if she has junk food, it’s in moderation. She pairs up exercises with diet.

This cover isn't just a cover. It was an honest eye opener about lifestyle vs diet. Pizza in moderation vs pizza erryday… ? Prepping for this cover made me feel STRONG, and healthy and that if I really set my goals to do something and followed through, I would see results and I definitely did. I will always be the girl that can get in some excercise and NOT feel guilty about eating a slice(s) of pizza or a scoop(s) of ice cream- it's all in moderation! ???Check out my @selfmagazine cover OUT NOW!!!

Her workouts include a combination of boxing, circuit training, cross training, tennis, and swimming.

To avoid getting bored, she mixes up the exercises. Sometimes she goes to the UCLA track and runs up and down the bleachers. She wishes to be fit enough to do all the action stunts herself.

Preparations for the Cosmopolitan Cover

How long do you think it would take to be in your best shape? Your answer might definitely be in months or years. Can you believe it’s possible to tone your body in just 2 weeks? If it sounds impossible to you, you can refer to Mitchell’s rules to get in shape.

Just two weeks prior to the shoot of the June Cosmopolitan cover, Mitchell found out that she would be modeling swimsuits. She shares her desperation of being on the cover of Cosmopolitan through her Instagram pic, where she mentions she had a vision board in her apartment 10 years ago. It was full of her dream jobs, travel photos, positive quotes, and also Cosmopolitan covers. She never wanted to miss such an opportunity and started working out hard to look her best.

Limit eating hours: Mitchell stopped eating after 8 p.m. as the food that is consumed late often gets converted to fats.

Cut out candy: On the set of Pretty Little Liars, she used to enjoy candy. But she stopped indulging for two weeks.

Working outside the gym: For the shoot, she was working a lot and trying to fit it into her schedule. But she also worked at her house with things like a chair and a couch. She did triceps dips off the couch with a lifted leg. She also used a skipping rope to burn calories.

Drink lots of water: Mitchell had lots of water. She says water can fill you up to some extent and you will not have junk food cravings as you have when you are dehydrated. She said, “Second portions are always good, but the third time you’re going up for more food, that’s when you’re like, ah, I should drink a little bit more water.”