Home > Celebrity Diets > Shia LaBeouf Showed Off Great Physique at Wedding with Mia Goth: Actor Is Believed To Be a Fitness Enthusiast 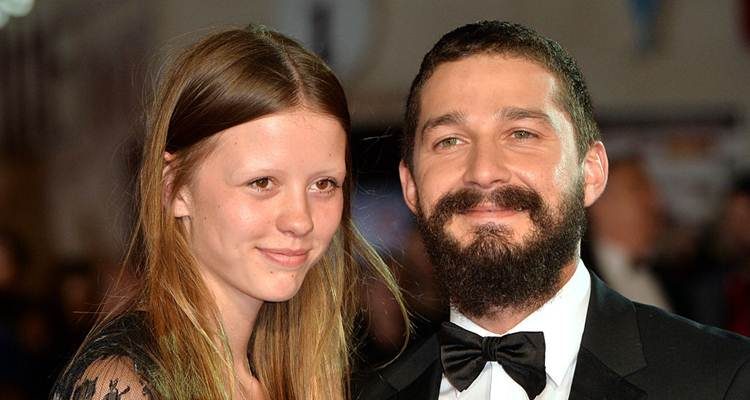 Shia LaBeouf and Mia Goth recently had their wedding ceremony in Las Vegas! That’s right: LaBeouf is now a married man and shared his pride at this accomplishment on The Ellen DeGeneres Show on October 18.

Known for his breakout role on the Disney Channel’s Even Stevens, LaBeouf played the adorable Louis Stevens. As his acting roles matured, so did LaBeouf’s image. At 30 years old, he is an apparent fitness enthusiast, and we have the scoop on his workout and how he keeps his incredible physique.

Celebrity Gemini Shia LaBeouf’s workout routine is pretty intense. LaBeouf works out six days per week. His life is super busy as an actor—between meeting people and doing press for all the different aspects of his career and image.

To keep his lean figure, LaBeouf manages to get in a one-hour cardio session every day, which he does before he goes into other exercises.

He is also a big runner, and that helps manage his metabolism and also helps him burn fat. He usually runs on a timer, setting himself goals like running three kilometres in eight minutes. He strives to beat his time as he progresses and moves forward. This keeps his physical fitness improving over time.

LaBeouf also has weightlifting sessions seven days a week. He does them either in the late evening or early morning because this enhances anabolic actions in the body.

His workout regimen consists of back training sessions, working on his chest, and also a day to focus on legs. LaBeouf also does Plyometrics training on his arms and shoulders. Plyometrics exercises exert maximum force in short intervals of time, and the goal is to increase power in speed and strength. It also increases overall body agility.

Shia LaBeouf follows a predominantly protein-based diet. He enjoys foods like chicken, fish, red meat, and eggs. They help build and repair his muscles as well as provide him with tons of energy for his strenuous job as an actor as well as for his workouts.

He also eats some carbohydrates—such as wheat, yams, rice, and potatoes—as they provide fuel for his brain and energy levels. He sometimes eats fatty foods but tends to choose natural sources.

Although the specifics are not known, it could possibly be foods like avocado, olive or coconut oil, or even almonds that provide the actor with healthy omega fats and vitamin E. LaBeouf also takes supplements to increase his nutrient intake. He apparently takes energy boosters and protein supplements.

A typical meal plan for Shia LaBeouf would look like the following:

So, overall it seems that Shia LaBeouf stays lean and fit with regular exercise ranging from cardio to weightlifting in addition to a balanced diet.

His diet is a simple enough for anyone to follow and involves choosing simple healthy foods (mostly protein) along with some carbs and healthy fats. It’s also not a stretch to assume that LaBeouf gets some fiber from veggies, too.