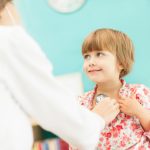 Home > Food News > Sicker Than Ever Before: Why Our Children Are Suffering 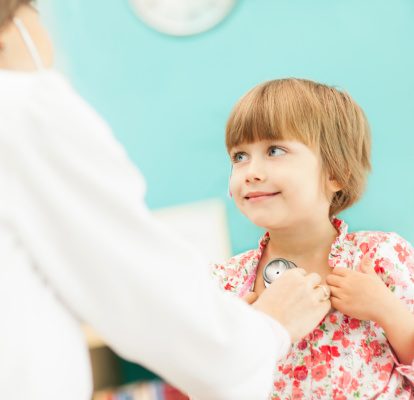 High blood pressure, diabetes, high cholesterol and heart disease are some of the most dangerous and life-threatening conditions to date—but they’re not only affecting adults anymore. Thanks to a high-salt, junk-food laden diet, coupled with low levels of physical activity, American children are at higher risk for these debilitating diseases. For the first time, the number of children developing type 2 diabetes—a condition commonly seen in overweight adults over the age of 40, who have difficulty breaking down sugar in the body—is increasing, with up to a third of cases of diabetes in children being diagnosed as type 2. The disease is so new that pediatricians have no idea how to properly treat children with type 2, which is why the American Academy of Pediatrics has published the first-ever diabetes guidelines for kids.

“Many pediatricians were never trained in managing type 2 because it just wasn’t a disease we used to see. It was a disease of adulthood. But as we’re seeing more obesity in kids, we’re seeing adult diseases in childhood,” Dr. Janet Silverstein, co-author of the new American Academy of Pediatrics guidelines on diabetes and professor of pediatrics at the University of Florida, told TIME magazine.

Unfortunately, diabetes is not the only illness today’s children are grappling with. As more children consume a salty diet, they’re also more susceptible to high blood pressure and hypertension, which are large risk factors for heart disease and premature death. A recent study, published in the journal Pediatrics, looked at 6,325 children aged 8 to 18 and found that children were consuming almost double the daily recommended amount of sodium—about 3,387 mg per day compared to the recommended 2,300 mg per day. The children who consumed the most sodium (after all, fast food and frozen meals are often laden with salt) and were overweight had three times the risk of developing higher blood pressure. Children with the highest sodium intake were twice as likely to have pre-hypertension.

If our children continue on this path, developing what used to be known as adult diseases, they’ll be much more at risk for what follows these diseases: heart attacks, stroke, and death. And the rise of these adult diseases developing in young children shows no signs of slowing down: the latest report from Harvard Medical School researchers found a 27% increase in the number of 8 to 17 year-old children with elevated blood pressure, over a 13-year period. The study, published in the journal Hypertension, found that, again, children who were overweight (this time defined as BMI in the top 25% of their age group) were twice as likely to have elevated blood pressure, a measure of 120-80, much higher than the average child’s blood pressure, and approaching the threshold for hypertension (140-90).

The real problem? Since high blood pressure and diabetes are adult diseases, and are a relatively new phenomenon, it’s very likely that parents and doctors will misdiagnose children showing symptoms of type 2 diabetes and high blood pressure—since these adult diseases don’t normally appear in children. Left undiagnosed, the symptoms will only get worse, causing joint problems, sleep apnea, asthma symptoms, swelling in the brain, and heart disease.

The problem can’t just be solved by medication, either. There are no long-term studies that have looked at the effects of diabetes and blood pressure medication in children, who would most likely be taking these prescriptions for years longer than adults would. Our children need to undergo big lifestyle changes to rectify these problems—the safest way to keep our children healthy is not by medicating them before they even hit puberty, but by changing what they eat and how they live before the problems develop.

Ultimately, children learn from example, so when their parents don’t have time to prepare lunch and dinner, and they grab a bite to eat from the closest fast food joint—and this starts to become a daily or weekly occurrence—children suffer too. The only way to prevent our children from becoming sicker than ever before is to start changing the way we eat. The effort by the USDA to curb childhood obesity and launch new nutrition standards for food sold in schools is a good start. Schools need to offer food education, to truly learn how bad eating habits can destroy your life, something that the new Get Food Education in Every School campaign, by the Jamie Oliver Food Foundation and Food Day, is hoping to do. But the real change must start at home. Children need to see why their parents are prioritizing healthy eating so they can grow up making the same priorities in their homes.