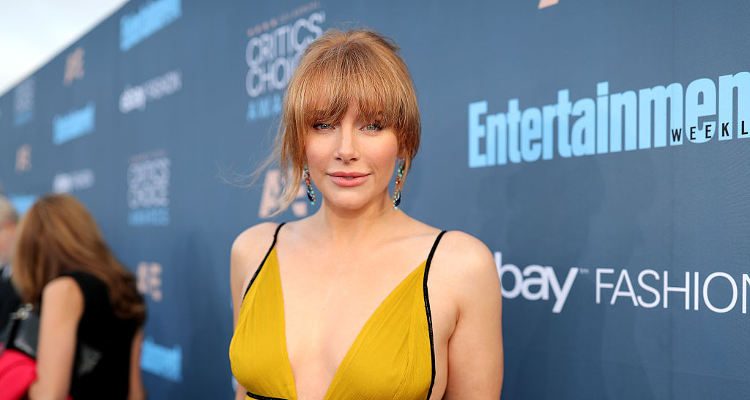 Those expecting to see Bryce Dallas Howard don a costly dress at the Critics’ Choice Award show were surely surprised last Sunday. The Black Mirror star stunned in a $250 low-cut, yellowish gown from Top Shop. But this isn’t the first time that Howard showed up to an awards show in an affordable dress. She also dazzled at the Golden Globes with an off-the-rack dress from Neiman Marcus.

Howard is a fan of department store shopping as she suggests it gives her plenty more options for her size 6 frame.

For her role in Black Mirror, the actress had to gain 30 pounds, and she is now focusing on weight loss. In the film, Howard plays an overweight friend who must wear a tiny bridesmaid dress for her friend’s wedding. She struggles with her body image and trying to fit into the dress.

The role helped Howard tell the story of how women in modern day society struggle to look a certain way, which causes them not to love themselves. These notions are perpetuated by social media, where you often see fit and super slim women that others compare themselves to.

To achieve her own slim figure, Howard follows a healthy diet. As a mother of two, Howard managed to lose the weight twice and look amazing both times, but she currently loves her size 6 figure. As for her diet, breakfast is a large part; and she ensures she never skips it. Her other meals include cheese, proteins, and other favorites, and the star has admitted that she doesn’t necessarily adhere to a specific diet, she just makes healthy choices that work for her without depriving herself.

When Howard starred in Jurassic World, she had plenty of training to do in order to run away from dinosaurs in heels – not the wisest choice, but that’s what producers and the director wanted. To ensure she could manage, Howard trained her legs and strengthened her leg and calf muscles. This involved plenty of calf raises and squats; she wanted to ensure she had very strong ankles so as not to injure herself.

Although she achieved that goal, she realized halfway through filming that she was neglecting other parts of her body. Therefore, she switched up her routines from lower-body specific to full-body workouts. To make the switch, she relied on co-star Chris Pratt for workout advice. She admitted that when she wasn’t filming, she was often running. She felt it was too much running as she would be running on and off set. Therefore, she incorporated more upper-body workouts to complement her lower-body ones.

Bryce Dallas Howard does not put pressure on herself to look a certain way. Although she recognizes what foods are good to eat and what to avoid, it’s all about balance for the actress. Furthermore, she loves how she looks and only works to maintain her figure rather than look like someone she is not. For those reasons Bryce Dallas Howard is a great inspiration for other women.