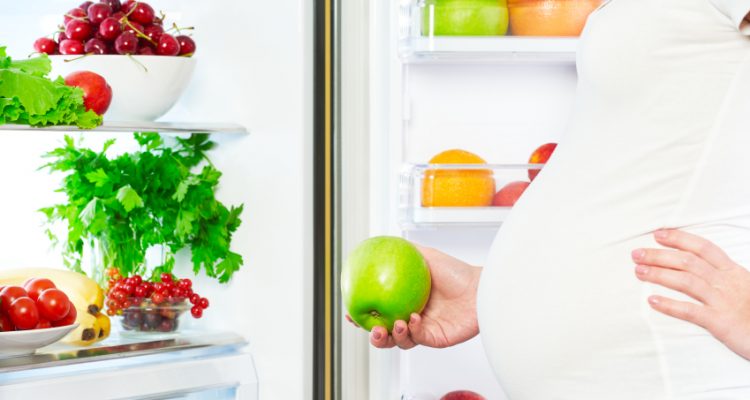 A new study published in the journal EBioMedicine suggests that pregnant women who eat more fruit  have smarter children.

For the study, a little over 800 children were tested by child development experts at the age of one; results were then compared with records of each mother’s fruit consumption from pregnancy.

Researchers discovered that test results improved on average by 2.38 points for every serving of fruit the mother ate each day!

A few factors didn’t make a difference when it came to the child’s intelligence:

When researches conducted comparable tests on fruit flies, they had similar results. Fruit flies had better memory skills if their parents consumed more fruit juice; however, there wasn’t much improvement in learning when only the children consumed fruit. The similar results could be due to a hormone known as cyclic adenylate monophosphate pathway, which is found in both fruit flies and humans.

Keep in mind that it’s still important to encourage your kids to eat their fruits and vegetables. Children between the ages of nine and 13 are encouraged to eat between seven and 11 servings of fruits and veggies each day; however, less than four percent of American children eat this amount. More kids can recognize junk-food giants like McDonald’s but are less likely to be able to properly classify certain vegetables!

Experts suggest that it’s important to begin instilling good eating habits in children when they are young to avoid complications later in life, such as diabetes, high cholesterol and high blood pressure.