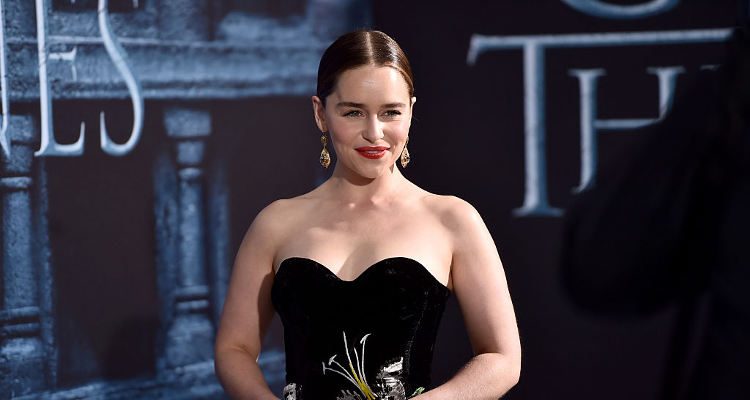 The New Year has just begun and what better time to look back on some of the best and brightest of 2016? Modern Family’s Sofia Vergara and Game of Thrones’ Emilia Clarke and Sophie Turner are just three TV stars that rocked 2016 with their amazingly fit bodies. Find out how each actress maintains their look below.

Best known for her part as Gloria Pritchett on the critically acclaimed series Modern Family, Sofia Vergara’s hourglass figure is just part of what makes the character such a bombshell.

How does the 44 year-old mother keep her signature silhouette looking its best despite a self-proclaimed love of cake and abhorrence to exercise? Levity and moderation! Trainer Gunnar Peterson says the best way to ensure Vergara fits her workout in is to keep it fun.

Trying out different moves and variations, adding upbeat music, and allowing yourself to feel silly are all great ways to mix up your routine and keep it fresh. Peterson admits that he often goofs around with Vergara, but they do so while putting in some hard work. As for the cake?

The actress knows that it is meant to be a treat and only enjoys it on occasion. Her meals normally include lean protein like fish with a healthy helping of vegetables.

Being the Mother of Dragons on HBO’s Game of Thrones has meant that British actress Emilia Clarke has had to show quite a bit of skin.

To keep herself healthy and fit, Clarke uses the clean diet outlined in James Duigan’s book Clean and Lean for Life. Fellow actors Rosie Huntington-Whiteley, Hugh Grant, and Elle Macpherson are also fans of Duigan and his doctrine of eating whole, unprocessed foods to detoxify your body and provide it with necessary vitamins and nutrients.

Clarke even boasted one of the funnier benefits of the diet when she shared a photo of her and Duigan on her Instagram page, tagging it, “#fullofthingsthatmakeyoupoopandthingsthatmakeyougood”

Allow me to introduce the key to my very happy kitchen. This book. And this dude what wrote it… @jamesduigan your eyebrow makes my mornings. ?? #nomnomnomnomnomeverypage #fullofthingsthatmakeyouopoopandthingsthatmakeyougood @bodyism ?

Clarke’s Game of Thrones co-star Sophie Turner hit the big screen this year, starring as Jean Grey in the superhero flick X-Men: Apocalypse, and she showed off some serious strength in the film’s many fight sequences.

To prepare for the role, Turner worked out hard with trainer James Farmer, utilizing resistance training, boxing, and kettlebells to get into fighting shape. Turner would perform resistance sprints while Farmer held a band around her upper body for a period of 20 seconds, followed by a 40-second rest.

The process was repeated for a total of 10 minutes. Boxing was used to help her burn fat and improve her coordination for fight scenes, while a kettlebell routine was added to help build her strength.

These actresses definitely dominated the TV screen this year, and with both Modern Family and Game of Thrones set to return with new episodes in 2017, we can’t wait to see what they do next.