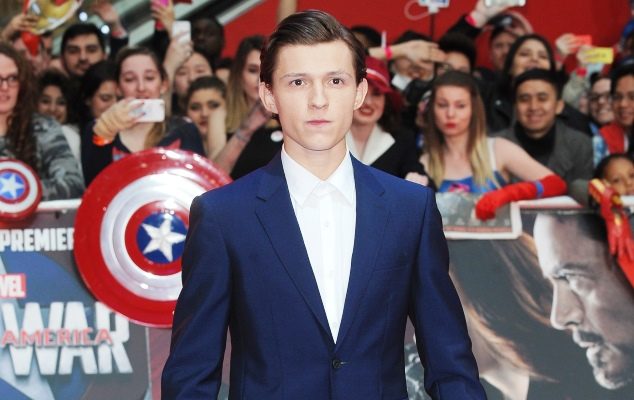 Tom Holland is currently training for his starring role in the upcoming movie Spiderman: Homecoming. To attain Spidey’s physique, Holland is undertaking a hardcore workout routine and training regimen. He’s hoping to fill the shoes of the Spiderman actors that came before him.

Holland got his first taste of the Marvel universe in Captain America: Civil War, where he made a surprise appearance after the credits. In order to get that ripped body, Holland has been working alongside a trainer who’s teaching Holland boxing exercises.

So what exactly does it take to be the new Spiderman? A lot of hard work, that’s for sure! Holland’s workout routine consists of training with elevation masks, completing burpees, and boxing with the hopes of getting ripped.

But keep in mind, unlike many other superheroes, Peter Parker has always had a thinner build. So, Holland needs to achieve strength without bulking up if he wants to keep the Spiderman look consistent. And frankly, Holland is doing just that: he posted a video on Instagram of himself on set of the upcoming film revealing his muscles in a cut-off tank.

But Spiderman isn’t just strong, he’s flexible and agile as well. Holland is expected to perform some pretty crazy stunts.

But this really shouldn’t be a problem, because Holland is pretty acrobatic. Here’s a video of him performing a B-twist.

Aside from boxing and gymnastics, Holland has been getting some workout tips from other Marvel characters.

He posted a picture of himself performing some Thor-like hammering on a tire, which he captioned, “Borrowed Thor’s hammer for the afternoon! #teamironman.”

Holland’s previous role in Billy Elliot the Musical may have actually helped him land the Spiderman gig.

Holland was quoted saying, “I basically did a somersault into frame and a somersault out of frame and I was like, ‘They may never see this but if they do I need them to know that I’ve got some gymnastics abilities and stuff. And every tape I sent in I always did a little acrobatic demo to try and convince them to give me the role.”

While we wait patiently for Spiderman: Homecoming—which you can catch in theaters July 7, 2017—Holland will be putting in countless hours at the gym to fulfill the role of Spiderman. With his intense workout routines and endless hours training at the gym, Tom Holland looks like he’ll be a great Spiderman.