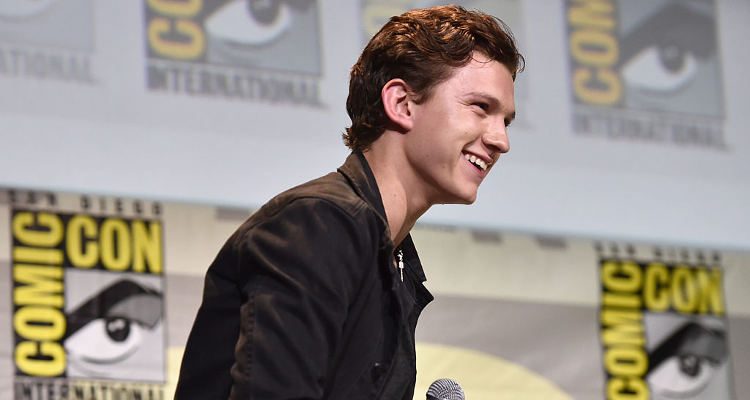 Tom Holland and Daisy Ridley have joined the cast of Chaos Walking, which is based on the books by Patrick Ness. The series depicts a world where women have been eradicated, but in the film, Holland’s character meets up with Ridley’s character to reveal that not all women are gone.

Chaos Walking won’t be released for quite some time, but in the meantime, Holland prepared and filmed a new Spiderman movie that will release soon. What makes Holland different than the previous Spiderman before him? Let’s take a look at his intense workouts, which helped him become a better superhero.

Holland is only 20 years old, and is known for his role in Billy Elliot the Musical. So, how did the young actor go from dancer to superhero? For starters, Holland took up plenty of boxing and combat training to make him a great fighter.

If you follow the star on Instagram, you’ll see the numerous pictures that he has posted of himself hitting the bag and in the boxing ring.

@hazosterfield is about to copy me ?

To compliment these workouts, Holland also partook in stunt training to ensure he could pull off those spider-like moves, in addition to resistance training and plyometrics. He took to his Instagram to reveal a circuit-style training session that he did. Although the video clip was sped up, you can still get the idea that the routines Holland completes are quite intense.

Holland is now able to perform crazy flips and other unbelievable stunts due to his workout regime. For example, in one video he posted, he managed to master the B-twist. Clearly, Holland has what it takes to be a great Spiderman.

Ridley is known for another huge movie franchise—Star Wars. In order to be a Jedi, Ridley had to become athletic and improve her power. To do this, she combines plyometric cardio along with fight and resistance training.

Plyometric cardio is a great way to reduce body fat and to become lean, and it involves getting high off the ground. Ridley completed plyometric cardio about three times a week. Typical moves included box jumps, lateral jumps, power jumps, and jack squats.

She also had to endure plenty of fight training—how else would she know how to use a light saber? She hit the gym four times a week to work on stunts, along with partaking in kick-boxing, wall climbs, and rope work.

Her diet consisted of eating frequently, having smaller meals at night, eating lean, and above all, being well hydrated. Her clean style of eating, paired with her intense training, led way to Ridley’s impressive strength and killer figure.

We don’t know the type of training Tom Holland and Daisy Ridley will need to endure for their next roles in Chaos Walking, but whatever it entails, these two actors are definitely dedicated to their fitness.