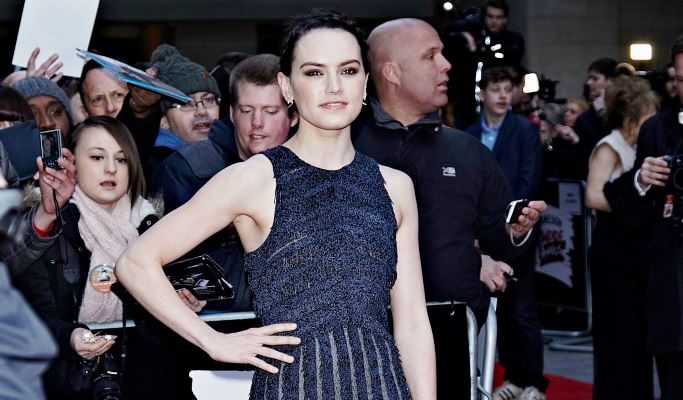 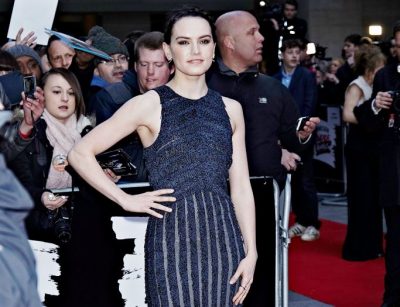 Star Wars Episode 8’s Daisy Ridley is all about her fitness and she proves it by following insane workouts. The 23-year-old Star Wars actor shared a video montage of her crazy energy-fueled workout online, marking the return of her #FitnessFriday posts. The British actor is in phenomenal shape and would undoubtedly pass any fitness test thrown at her.

In the workout video, Ridley combines a number of exercises, including circuit training with weightlifting, and she rotates between a dumbbell, weight plate, and kettlebell.

She says that the workout doesn’t look that intense (but it did; watch the video and prepare to weep). Here’s her routine: a warm up, three rounds of activators, two circuits of three rounds. Just looking at her workout videos is exhausting enough!

And that is a wrap on Star Wars Episode VIII. My heart is brimming. #reyout pic.twitter.com/uoEHE37pS3

She does everything from weighted squats, plyometric cardio, and weight lifting in a variety of forms (with squats, without, lunging, static, on a bench) to box jumps and heavy curls.

In July, Ridley posted an impromptu #workoutwednesday video because she found time to go to the gym between Star Wars shoots. Things are under wraps, so much so that her hair was literally concealed for the workout in an effort to keep her character’s hair a secret.

She gave a shout-out to her chiropractor on social media, crediting him with making her feel the strongest she ever has and thanking him for keeping her body moving.

Ridley’s eating plan is regimented and is governed by a few rules. The first is to eat frequently, and she does, as she eats five times a day.

However, her portions are controlled: eating smaller meals throughout the day is a good way to keep the metabolism fired up.

The second rule is to have her largest meal in the morning, and then each meal gets progressively smaller as the day goes on. Whatever meal she eats will consist of lean protein, fruits, vegetables and good quality fats—she is particularly fond of avocados and nuts.

Her last rule is to stay hydrated throughout the day—especially when she works out—because she likely sweats buckets in the gym.

Ridley tries to consume between two and three liters of water a day. When she’s not working out, the Daisy Ridley is busy filming Star Wars: Episode VIII, which is due in theaters next year.