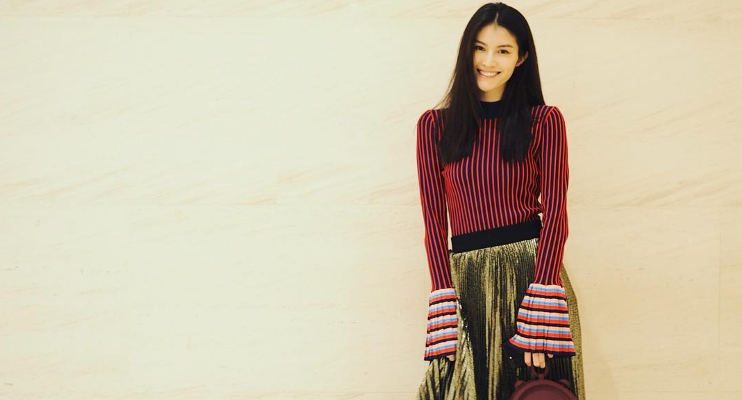 Sui He walked the ramp for the Victoria’s Secret Fashion Show 2016 and she has been preparing for it for a long time. The Asian supermodel was all set to stun viewers with her svelte body and killer looks. She is concentrating more on her fitness this season and shared her preparations on Instagram.

5 Facts about the Asian Supermodel

He comes from the small city of Wenzhou, six hours south of Shanghai. The model was a member of city’s swim team for seven years. She is the first Asian face of Shiseido and the second model of Chinese descent to ever walk in the Victoria’s Secret Fashion Show.

Her modeling career started at 17 after she entered a modeling contest in 2006. She rose to prominence after she featured on the cover of Chinese Vogue. She was featured by the magazine several times.

While people rely on a personal trainer to get in shape, He relies on technology. She works out with Nike+ Training Club app on her Smartphone. She says while traveling, it’s difficult to work with a trainer and so uses the app as a cardio workout guide and to help keep her body in shape.

While she is not worried about putting on weight since she doesn’t bulk up easily, she works out to look more sexy and fit on the catwalk. She also eats a healthy diet and drinks plenty of water. She said if she hadn’t gotten into modeling some years back, she would have had a career in the restaurant industry.

She heads to the gym for workouts when she is not traveling. She Instagrammed a video few weeks back commenting that the countdown had begun. Her preparations for the Victoria’s Secret Fashion Show were in full swing, and she can be seen sweating out at the gym.

She sported white Nike trainers and paired them with a black T-shirt and see through leggings. Her legs looked lean as she worked on the machine.

Sui He admits that she loves food. She credits her radiant and flawless skin to the transparent liquid—water! She says she drinks plenty of water throughout the day which helps her have great skin and flushes out the toxins, as well. In addition to water, the other secrets to that radiant skin of hers is eating healthy. Her diet includes plenty of fresh fruits, green veggies, nuts, and seeds. Fruits and veggies are packed with vitamins and minerals and she often snacks on them. She keeps away from munching on junk and eats healthy.

With the show lined up, the model focused more on eating healthy. A few days back she was spotted having a healthy breakfast with a large glass of orange juice.

Her breakfast included an omelet with bread and some green veggies and tomatoes. Her skin and hair looked more radiant with the morning sun rays falling on it. We are eager to catch a glimpse of the star on the VSFS.