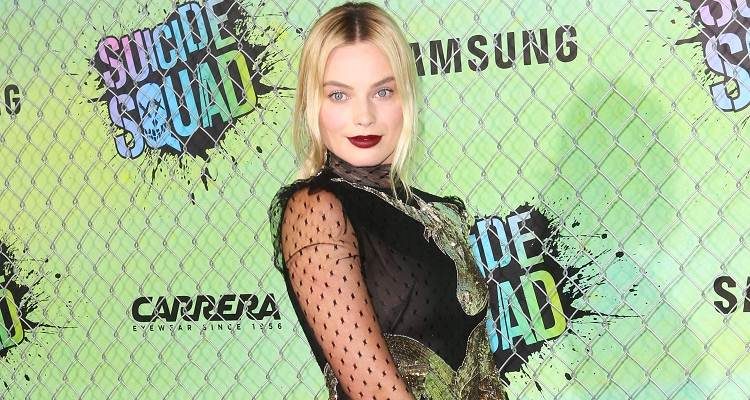 Getting in shape to play Suicide Squad’s Harley Quinn required a lot of dedication on Margot Robbie’s part because she had to both look good in the bikini bottoms she pranced around in and in the stunts she had to perform.

The 26-year-old actress knew the role would require her to have a strong physique and that she would have to work out hard to get the right body. Margot Robbie’s workout routine consisted of high-intensity interval training (HIIT) as well as weight training.

She spent three weeks training hard for about three weeks a day while the movie was first being shot. Trainer Andie Hecker helped Robbie get into form through Pilates, ballet, and bulking cardio.

First up on the workout schedule was getting rid of traditional cardio machines and going for high-intensity interval training cardio circuits for an hour each time.

With a deep background in ballet, Hecker incorporated rebounders and balance balls into the Robbie’s workouts. The goal of the fast-paced workout is to constantly change things up, which taxes the body.

Some of the exercise Robbie did with Hecker in her cardio routine included:

She would rest for a minute after each set and then repeat the set three to four times. The challenge to the body comes from going from one exercise to the next without stopping until the set is complete.

Along with these circuits, Robbie also does something called Ballet Bodies.  The technique was developed by her trainer, who used to be a ballerina. Whenever Robbie is in Los Angeles, she makes sure to see Hecker for workouts. Robbie also loves to take dance classes when she can, and says they don’t feel like a workout at all.

Robbie flat out says she hates to diet and she doesn’t really follow any particular diet regimen. She relies on exercise to keep her lean and in shape instead of limiting her food choices and depriving herself of the things she loves to eat.

Pimms in the park ??

However, like many stars, she does actively cut back on certain foods while filming a movie, but she has said that she gets miserable if she doesn’t eat. Eating a salad every day doesn’t work for her; neither does having just a half glass of red wine every other day.

One thing she won’t give up is the 10 cups of tea a day she has. Her favorite breakfast is avocado on toast with bacon. Clearly she eats what she wants and looks to burning off calories through hard physical workouts done regularly.

Suicide Squad has been in theaters since early August and is doing really well at the box office.