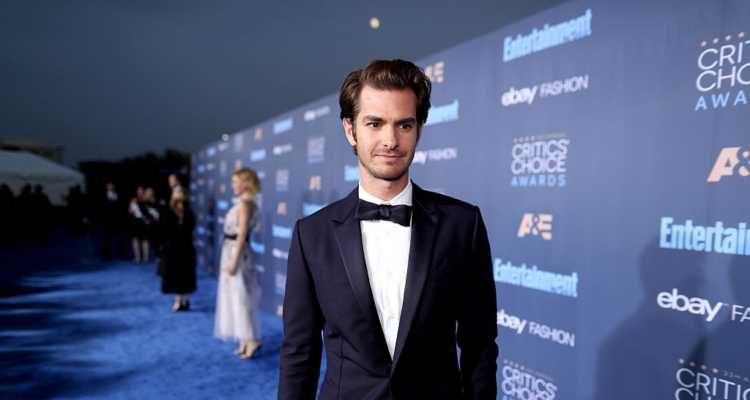 The 33-year-old Garfield looked handsome at the 22nd Critics’ Choice Awards in Los Angeles, California on Sunday, Dec. 11. He wore a navy suit while hitting the awards ceremony solo. Garfield was also nominated for the best actor award; however, the award went to Casey Affleck for his role in Manchester by the Sea.

Garfield is also known for his roles in Never Let Me Go (2010) and The Social Network (2010). Although he is naturally blessed with a lean body, the English actor was required to bulk up for his role as Spider-Man. What makes Garfield perfect for roles in action movies like The Amazing Spider-Man and Hacksaw Ridge? Let’s take a brief look at Garfield’s intense workout routine and the healthy diet that goes with it.

How Did Andrew Garfield Get in Shape?

Garfield keeps in shape with a wide variety of workouts that include weight training, Pilates, and plyometrics. Pilates and plyometrics help improve his flexibility and core strength. Plyometrics is a form of high-intensity workout that targets every muscle of the body.

Garfield worked out under the guidance of personal trainer Armando Alarcon to play Spider-Man, and each exercise session lasted a minimum of 45 minutes. Garfield’s rest days usually include Saturday and Sunday. The actor always starts slow with his workout routine and then gradually increases the intensity of the exercise. He also leaves plenty of time to rest in between sets. The following is Garfield’s weekly exercise routine.

Tuesday, High-Intensity Interval Training (HIIT): After an eight- to 10-minute treadmill jogging session, Garfield performs a 30-second sprint and 30-second quick-pace jog on the treadmill, and also five to seven minutes of a relaxed jog.

How does Garfield complement his workout routine with a diet fit for a superhero? For breakfast, Garfield combines carbs like oatmeal with protein. For lunch, he consumes a balanced meal of veggies and lean protein sources like fish, eggs, chicken, or beef. Dinner sometimes includes Garfield’s favorite dinner, Korean beef bulgogi. Overall, Garfield’s diet is full of nutrient-dense fruits and vegetables.

Want to be an action star like Andrew Garfield? The best place to start is a healthy diet and regular workout routine. You can next see Garfield as Jesuit priest Father Sebastiao Rodrigues in the drama Silence, which will hit theaters Dec. 23.