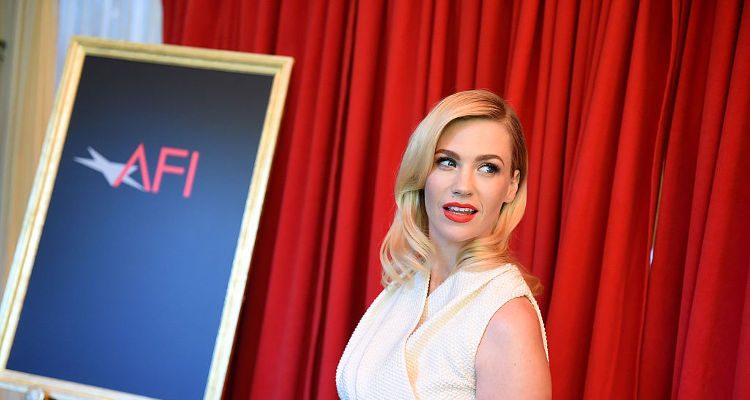 Looking at the pic, the road Jones traveled from Roosevelt High School in South Dakota to Hollywood was too short, it seems.

It has been 20 years since Jones was a high school student, and she still looks younger than ever.
Jones has alluded to the fact ex Ashton Kutcher, who is now married to Mila Kunis, once doubted her acting skills and did not support her acting career.

In a 2009 interview with GQ magazine, Jones referenced “the guy [she] was dating” when she first arrived in L.A. “He was like, I don’t think you’re going to be good at this,” she said at the time.

Randomly looking through my high school yearbook.. look how cute I was.. aww Apologies to the other "J" name people stuck in this post with me

Though she’s never named Kutcher as “the guy,” she’s also never denied it when asked outright.

The secret of Jones’ age-defying looks is a balanced diet and regular exercises. Jones’ diet is enriched with minerals, vitamins and other nutrients.

She is fond of beer and carbs, but she never overindulges in either. She also loves burgers, pizza, fries, and strawberry shakes. She is not restrictive towards food and enjoys all her favorites, but in moderation. She knows that the consumption of beer in excess is harmful, but when taken in moderation, the alcoholic beverage can be healthy.

And Jones reportedly takes advantage of the fact. It is said that she relied on a juice diet for some duration to shed pounds. Jones knows the nutritional value of wholesome foods and includes it in her daily diet. She does not easily give in to sweet and junk food cravings. Her resistance to unhealthy food is clearly reflected in her flawless figure and radiant skin.

Jones believes a lean body cannot be achieved without dedication towards workouts. She works out three to five times a week. She takes strength training to tone her body and stay fit. Her workouts include a stability ball to shape up her arms, legs, shoulders, and butt. Apart from the typical gym workouts, her other workouts include swimming, hiking, and running. She spends a lot of time playing with her son, which also accounts for staying in shape.

At a certain time, her producer told her to gain weight to fit into the character. She showcased an hourglass figure soon after she gave up exercising and gorging on her abandoned indulgences.

She hates going to the gym. She admitted to InStyle, “I don’t like exercising. My dad was a trainer, so it was like a way for punishment.”

In January, she started doing Cardio Barre. Now she has gained muscle, and Cardio Barre makes her feel more energetic, tighter and stronger.

Her view about sweating out is that it is more fun if accompanied by friends. Being thin does not make anyone healthy, she believes. Obtain a healthy body, not an ideal body, and it will help you live a happier and healthier lifestyle.