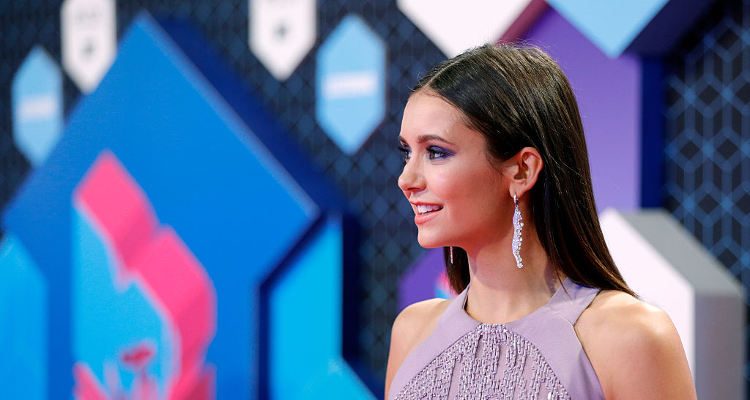 When Nina Dobrev presented Drake with the AMA for Favorite Rap Album, the two shared a bit of a moment. They were both stars on the Canadian television series, Degrassi: The Next Generation. Drake commented on stage about the Degrassi reunion, noting how far both of them had come in their respective careers. But that’s not the only change each has made, as both have made noticeable physical transformations too.

The transformation was noted, in a rather awkward fashion, by E! News correspondent Jason Kennedy. Kennedy flat out asked Dobrev what kind of foods she’d been eating in response to a recent photo shoot. It was strange to watch.

People Are More Than What They Look Like in Pictures

Fitness and diet is a very personal thing, and the techniques someone uses to get in shape are not universal. For example, you might hate the idea of weightlifting, but love the idea of getting outside to do some hiking or rock climbing.

Running outside on the streets may make you cringe, but participating in a spinning class may motivate you to get some more activity in. Just because Drake or Nina Dobrev chose a particular method to change their bodies, doesn’t mean you need to do the same thing. And if you do, it also doesn’t mean you’ll experience the same results.

Finding The Best Approach for Yourself

Dobrev, however, did drop a very important nugget of information during the strange interview, and it was about how she started weightlifting. Like most people who’ve never done it before, weightlifting can be very intimidating—especially in a public gym. Dobrev mentioned she was a little uncomfortable getting started, but then decided to just go for it.

After she figured out what she was doing and how to perform exercises, the fear likely went away so it became as natural as walking. If fear is holding you back, do your best to conquer it. Talk to a trainer or an experienced friend to help you start the exercise or activity of your choice.

Aside from picking something that you’ll like, you also want to have identify your goals. If your goal is to improve your overall health or lower blood pressure, for example, doing cardio is the best way to go. Walking, hiking, spinning, tennis, and other activities that get the heart pumping are best for that.

Cardio is also an important part of weight loss, and most of the best weight loss plans use both cardio and resistance training to build muscle. But if you want to stick to your plan, finding something you enjoy is paramount, so mixing it up can keep things fun.