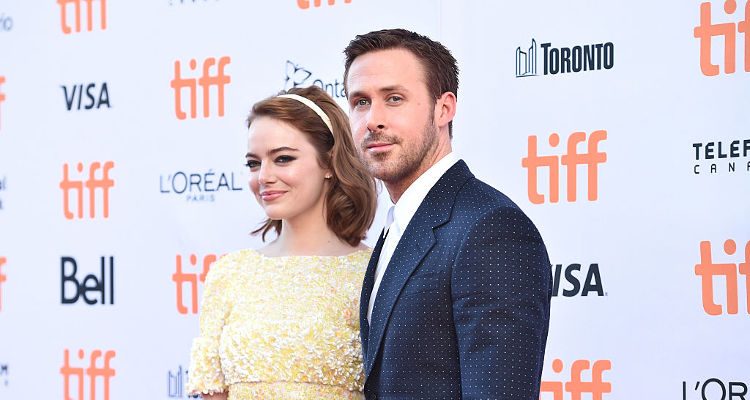 Ryan Gosling and Emma Stone star in this December’s romantic musical comedy-drama La La Land, which is about a couple who have to overcome odds to maintain their relationship while pursuing their dreams in life. Both actors look super fit in the trailer.

Gosling, who is Canadian and has a child with actress Eva Mendes, has always, in current memory at least, been in fantastic shape. He works out regularly for two hours per session a lot of the time. He gets some help with his fitness routine from celebrity trainer Kui Puk, who does boxing and Muay Thai with The Notebook actor.

Kui Puk talked with Life & Style about the workout and diet he prepared for Gosling back in 2012. “Ryan’s disciplined,” he said “and enthusiastic, and above all, he loves his training.” Puk said that Gosling was one of the easiest clients he has ever worked with. “Some of the big stars come in here for two hours and try to conduct business on their cellphone while they’re here. But not Ryan,” he told Life and Style.

This is a sample of the boxing workout Gosling did at Boxing Gloves in Los Angeles, California, working out with another trainer, this time Nicolas Winding Refn. The workout was done on Mondays, Wednesday, and Fridays. Before Gosling would launch into this routine, he did a warm-up for about 15 minutes, and you should too if you are going to tackle the following workout.

As with many trainers, diet is a core part of what Puk did with Gosling because diet and exercise go very much hand in hand. Puk said he recommended Gosling stick to a traditional Thai diet that consisted of fish, green vegetables, and rice. When training hard for a role, Gosling eats a heavier protein diet, which included protein shakes after hard workouts.

Emma Stone has a slim figure and according to the actress, a lot of her physical activity comes from swimming. She admits to not being much of a runner and has said before in interviews that she thinks it is bad for your knees. She would rather do things that she actually enjoys doing.

During the filming of Spider-Man, Stone had a trainer working with her, and she discovered she has a deep-seated rage when it comes to holding heavy weights over her head, which makes it exactly the kind of exercise she doesn’t want any part of.

In an interview with PopSugar Fitness, Stone said that, “At the moment I don’t do that much, but I know I need to change that. I’m trying to get into yoga. I do a bit of meditation.” She does enjoy Pilates as well, especially because there isn’t someone yelling in her face.

Stone is a foodie and she admits that she will, on occasion, eat what she wants. For her, she doesn’t follow any particular diet plan but knows that eating healthy is important and makes strides towards doing just that, cheat days aside. She has never wanted to have food issues like so many celebrities around her, and she says she has seen this first-hand, and would rather not fall into Hollywood trap of eating tiny amounts of food and living for hours in the gym.