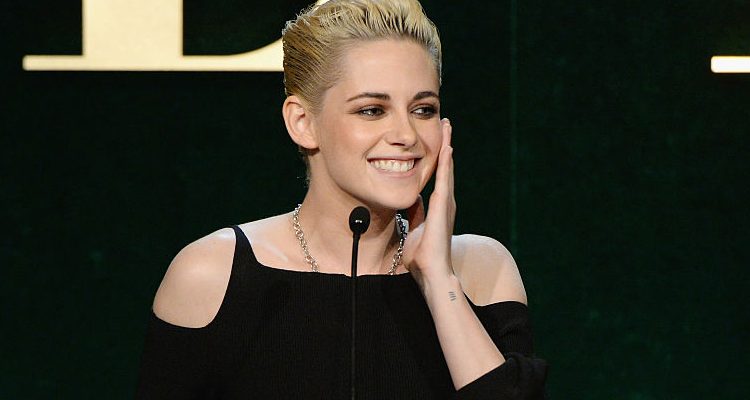 It seems everyone is falling for Kristin Stewart. From Robert Pattinson to St. Vincent to newly reported girlfriend and Victoria Secret model Stella Maxwell, it seems that Stewart is never alone and quite lucky in love. Although Stewart and Maxwell’s relationship is quite new, the couple hasn’t been shy about being out and about together.

For Stewart, 2016 brought on many new love interests including French singer Soko and actress Alicia Cargile. Sources close to Stewart and Maxwell suggest that the two are very much in love and are quite happy together. Stewart came out with her bisexuality back in July during an interview with Elle magazine.

It seems being open about her sexuality has brought out a new Stewart. You may remember that back in the Twilight days, Stewart was reserved and often hid from the spotlight. Since revealing she is bisexual, Stewart appears to be far happier and more comfortable.

Stewart is naturally thin but she still partakes in healthy eating and regular workouts to maintain her slim figure. It’s been said that Stewart follows a low calorie diet and high protein diet and her workouts consist of resistance training, Pilates, and yoga.

But Stewart wasn’t always into working out. She decided to kick her training into high gear when she starred in Snow White and the Huntsman. Since that role, she has managed to work out regularly.

As for her diet, Stewart loves Mexican food and often cooks it at her home, too. She is known to change her diet when required for an upcoming role. This involves replacing some of her beloved foods with healthier alternatives, such as going from high-fat meat to lean meat.

Stewart only drinks occasionally and loves pies, which she is known to make for friends and family.

When it comes to her workout routine, Stewart exercises about four times a week. Some of her favorite routines involve horseback riding, squats and push-ups, resistance training, dancing, Pilates, yoga, and even swimming. As you can see, many of Stewart’s workouts don’t necessarily involve hitting the gym. Instead, the actress finds activities that are not only fun but can help her burn a ton of calories.

There are some very simple takeaways from Kristen Stewart’s healthy living routine. For starters, find activities that you love to do as a means of exercise. Not only will these help you burn calories and lose weight, but because you enjoy them, you will stick with them and make them a regular part of your routine. Reduce your alcohol intake as alcohol can add unnecessary calories to your diet. Eat lighter meals by replacing high-fat food items with lower-fat items. This way you’re not completely missing out on what you love to eat, but rather just consuming healthier versions of your favorite foods. Sticking to these simple fundamentals is how Stewart manages to maintain her slim figure.