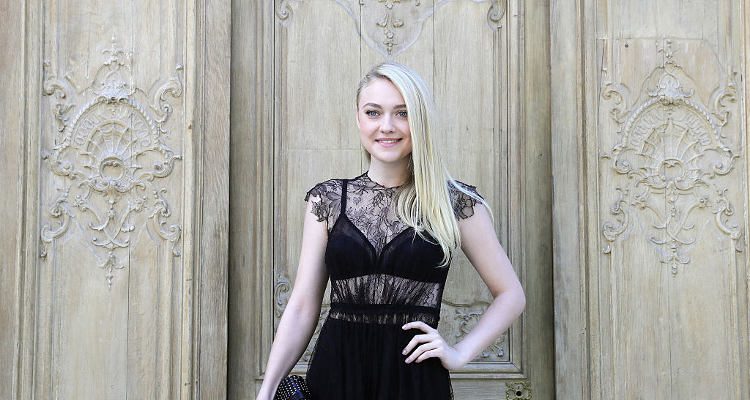 Dakota Fanning, Shailene Woodley, Hailee Steinfeld, and Lily Collins all looked amazing during Valentino’s show during Paris Fashion Week. The stars brought their A-game when it came to fashion attire, which was classy and on trend. The PFW show is an opportunity for celebrities to dress up and show off their goods.

Fanning looked stunning in a lingerie-style dress that she paired with a simple black strap heel. Steinfeld went a bit bolder showing off a red dress and matching red pumps. Woodley appeared modest with a high-neck black dress, and Collins revealed her legs and shoulders in a short white garment. Needless to say, these young stars are beautiful in their own right, and it’s quite evident that their diet plan and workout routine help them achieve their slim figures.

If you’re curious about these ladies eating habits and workouts, read on as we’ll reveal those secrets to you.

Fanning has been in the spotlight from a very young age, and we basically watched her grow up before our eyes. The petite actress has always been quite slim, but she maintains her figure by embarking on power walks and hikes. As for Fanning’s eating habits, the young star has adapted her diet to reflect being on the road.

Years ago, Fanning revealed that her breakfast consisted of anything she purchased during a drive-through, which usually consisted of breaded chicken and a buttermilk biscuit—not the typical celebrity breakfast. As for the rest of her diet, she’s admitted to enjoying Southern-style comfort foods including fried chicken, collard greens, and macaroni and cheese.

If the actress is out and about, she’ll usually dine out for dinner, but if she’s at home she’ll help her grandmother make a meal. Fanning must have some great genes to support her eating habits; or, she must be embarking on plenty of power walks.

Collins has always been a slim woman, but she has noted that she’s always been very physically active. She enjoys working out, especially swimming, and enjoys dancing along with mixed martial arts. As you can tell, Collins likes to vary her workouts to keep them fun and exciting.

Collins has also worked alongside a trainer, more so when preparing for a movie role. She has said that she has worked with a trainer for five to six hours, completing different stunts. When in L.A., Collins works with a personal trainer to boost her endurance.

As for her diet, Collins does not adhere to a strict eating regimen. She keeps her eating plan simple and knows not to overindulge—all good things in moderation!

Woodley has made yoga a part of her everyday life, along with attending 5Rhythm classes in order to increase her speed. In between her scheduled workouts, Woodley enjoys walking, running, and stair climbing throughout her day.

Woodley’s diet consists of anything natural and from nature. The foods she eats are organic, and she absolutely despises processed or junk food. For Woodley, a diet plan is not a means of losing weight; it’s just a way of life and a way of eating to keep her going. Food should be nourishing and not just be used in order to achieve weight loss.

Woodley also steers clear of salty foods and alcohol to prevent bloating. One strange eating habit Woodley does follow, though, is the consumption of clay. At first, when she began eating clay, she noted that her body smelled and her bowels were not too pleased. Once she overcame the initial hump, she began noticing remarkable results. It’s been suggested that clay is good for the body because it works as a magnet to pull out toxins—we’re just not sure we’d necessarily jump on that trend quite yet.

The Pitch Perfect 2 star can also be a model: she stands at 5’8” with long slender legs. As for her diet, Steinfeld doesn’t follow a specific diet plan. Her body figure is slender and fit. You can tell that she does eat well, but also doesn’t deny herself treats when she craves them.

Steinfeld is quite confident with her body and has a strong love for food. Steinfeld isn’t interested in becoming super skinny, either. For the most part Steinfeld nourishes her body with good food options like dark leafy greens, rice bran, whole-grain cereal, and black tea.