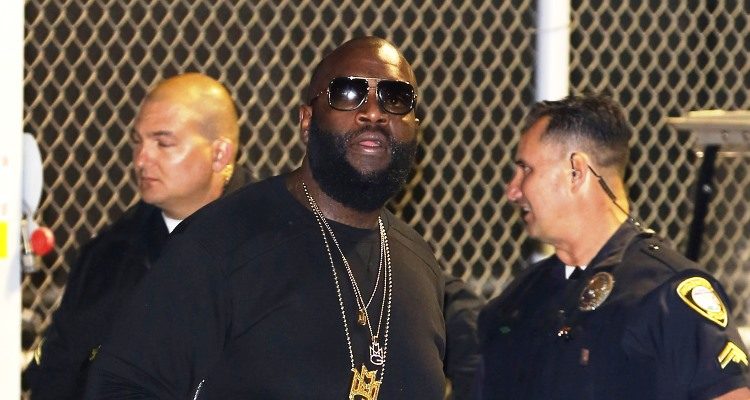 Rapper Rick Ross’s weight loss—a whopping 100 pounds!—is thanks to his CrossFit workouts, or what he has dubbed “RossFit.” Rick Ross’s diet also helped him shed the weight, and the results were displayed on Rick Ross’s Instagram. Ross admits to being a couch potato before starting CrossFit, weighing 300 pounds before implementing his exercise program, but he loves this style of workout so it keeps him motivated, even though it’s tough. Rick Ross’s weight loss pictures show fans what hard work and staying motivated can do to a body. The most exercise he did before was “stand up to count the money.”

CrossFit is an intense variable workout that has foundational movements at its core, movements that come from running, gymnastics, weightlifting, and rowing, to name a few. These movements are done as quickly as possible to increase endurance and get more output, so it’s no wonder that Rick Ross lost weight doing it.

This kind of exercise isn’t for everyone because of the intensity; it’s even considered an elite fitness regimen because those training in the military and in police academies often employ it. “RossFit” is a real thing, so much so that the folks at CrossFit had him break it down into a YouTube video.

Rick Ross Weight Loss Thanks to Diet as Well

Though exercise seems to have been the key factor in the Grammy-nominated rapper’s weight loss, he says he did tweak his diet as well, though he doesn’t follow a trendy diet the way many celebrities do. He cut back on junk food and eats more fruit, especially pears, which have since become a favorite of his. 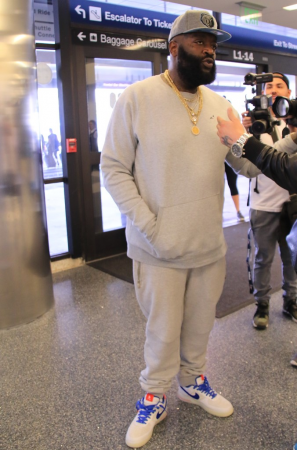 He dumped soda (except for diet soda) and eats his heavier meals earlier in the day (rather than at 2:00 a.m. as he used to), so that they have time to metabolize and burn off. He still sometimes indulges in his favorite foods such as fried Oreos and fried velvet cake, and has no particular weight loss goal in mind. High-intensity workouts and a better eating plan will help most people lose weight and get in shape, but it has to be a lifetime commitment, not just a temporary fix.

Ross and DJ/electronic music producer Skrillex have recently collaborated on a song called “Purple Lamborghini” for Suicide Squad, a new movie starring Margot Robbie and Jared Leto based on the DC Comics antihero team of the same name.