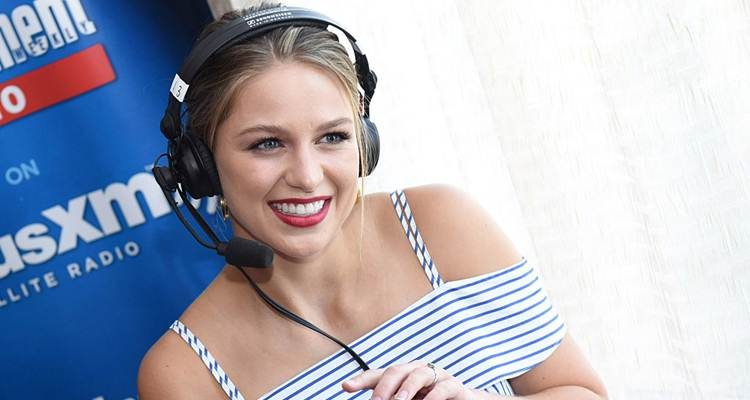 The actress and singer Melissa Benoist is back to reprise her role as Supergirl in the hit shows second season, and she is looking as fit as ever.

There’s been a lot of chaos after the revelation that Gotham and Supergirl would be airing in the same time slot; but there shouldn’t be much competition between the two as both the shows are targeted at different audiences.

Benoist shared what it really took for her to get her superhero body. Her diet and workout has helped her do justice to the Supergirl role.

In an interview with InStyle, Benoist shared how she physically prepared herself for the role. Her main workouts were boxing, core work, Pilates, and plyometrics.

Her workouts are mostly functional training, which help her practice the stunts and burn some calories too. Benoist loves doing most of the stunts on her own, but leaves a few to the professionals.

Plyometrics and Pilates help tone her body in order to attain the superhero shape. The boxing helps her hold her own in fight scenes, which include plenty of punching and kicking.

The most important characteristic of Supergirl is that she must be able to fly swiftly. To shoot the flying scenes, she spends a lot of time hanging from the wires.

She has to ensure that she sustains energy while hanging from the wires. The wire work is difficult but fun, says Benoist. She had to exert a lot of energy for the flying scenes and the results she received were outstanding.

Benoist has shared a snap depicting her stunts at the shoot.

“I don’t think I’ve ever hit anyone before, and so I definitely had to learn technique. Like how to actually punch someone and not hurt yourself more than you’re hurting the person you’re punching. And so boxing was part of it, and core work and Pilates and (plyometrics), were a lot of it,” she told Instyle.

Benoist consumes nutrient-dense whole foods. She prefers home cooked meals over eating out. “I love supermarkets, I love grocery shopping, I love the produce aisle because to be super you have to be healthy, and I would probably stock up on all the fruit,” she told Glamour. “I love fruit.”

She consumes a balanced diet and treats herself to occasional indulgences.

“If I could supersize any food it would be an ice-cream drumstick (in) vanilla caramel, they’re so good,” she added.