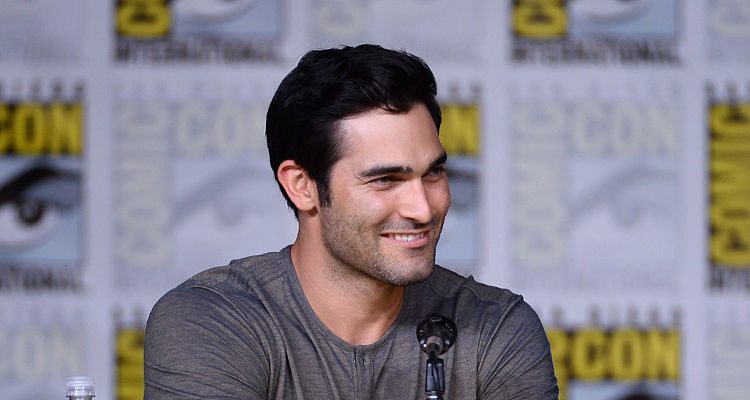 Supergirl Season 2 premiered this past week, and actor Tyler Hoechlin made his Superman role debut on the show as Supergirl’s cousin Clark Kent. The muscles on this actor are heroic to say the least, and apparently, once crewmembers saw Hoechlin in his superhero suit, they realized they were truly in the presence of Superman. Not bad for the next actor to tackle this iconic role.

Tyler Hoechlin got his start on television in the series Teen Wolf but is now ditching his fangs to play the Man of Steel. That’s a pretty good upgrade. Only a handful of people have had the honor of playing the role, but the 29-year-old California native says it wasn’t that hard for him to get the role. And he’s not being cocky about that admission at all.

In fact, there wasn’t even an audition for him to go to. He happened to have a meeting with the show’s executive producers and they casually mentioned they were thinking of bringing Superman onto the show and asked if he would be interested. He said yes and four days later, he had an offer on the table for the role. His aim for the role is to avoid replicating or duplicating what has been done before.

The actor says he has definitely spent more time in the gym in the last two years than he ever has before. Whatever he’s doing is working, and he really looks like Superman. The star jokes that getting into the shape he is in requires eating a lot of things that don’t necessarily make you happy to be eating, but you do learn to like them… eventually.

And it requires a lot of time in the gym and takes nothing less than dedication. Those are this superhero’s secrets to looking fit and in super shape: eat right and workout hard—advice that has been handed down for ages and really does work.

Hoechlin is actually a professionally trained baseball player and has reportedly been playing since he was 6 years old. Being fit has always been important to him. A lot of his workouts are said to include strength training, weight lifting, cardio exercises, and stretching.

There is no set diet that he follows, but he keeps it reasonably clean and likely eats a lot of protein, perhaps chicken, to help build his lean muscles. He avoids sugary drinks and likes to have mineral water on hand.

Eating a diet of lean proteins, grains, vegetables, fruit, and nuts and legumes—and that doesn’t include processed foods or junk foods—is the best way to stay healthy. Exercising three to five times a week will keep your body fit and in shape. More dedication is required if the look you want is on superhero levels. Time in will yield equal results.