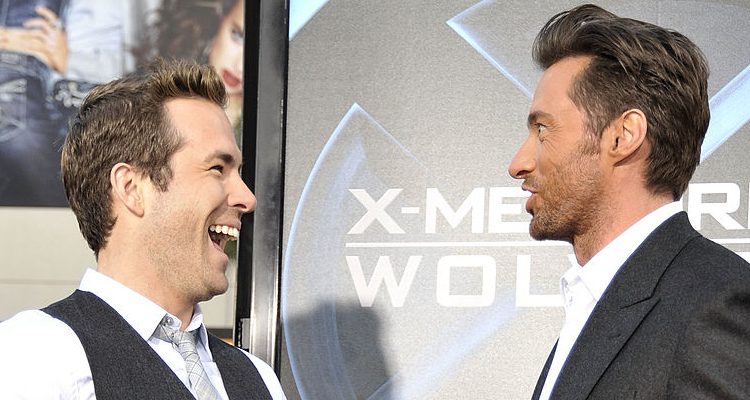 Ryan Reynolds and Hugh Jackman have both taken on the physical challenge and portrayed two of Marvel’s most loved heroes, Deadpool and Logan (also known as Wolverine) respectively. Both characters share a dark past and are products of the same brutal program that gave them special abilities including heightened speed, healing, and, of course, strength. So how did these actors prepare to suit up? Keep reading to discover the superhero workouts that got Reynolds and Jackman combat ready.

Reynolds worked with his longtime personal trainer Don Saladino to prepare to portray the infamous “Merc with a Mouth.” For this role, their focus wasn’t to bulk up so much as to add real strength and lean muscle to Reynolds’ frame. Deadpool is known for his acrobatic moves, so creating a strong and lean look was necessary in order to make the character’s agility seem natural. To accomplish this, Saladino led Reynolds through circuit training that targeted a different set of muscle groups every day. Day one kept the focus on legs and required Reynolds complete squats, one-legged leg presses, and stationary lunges among other moves. Day two meant shoulders and moves like dumbbell presses, side raises, and front raises. Day three was a rest day, while day four worked his back with sumo deadlifts and pull-ups. Day five focused on his chest and included bench presses, dumbbell flies and dumbbell pull-overs, and day six meant arms and included dumbbell curls, rope push-downs, and tricep dips. Day seven was also a rest day to allow the actor to recover before starting it all again the next day. Saladino stressed the importance of warming up and listening to your body in an interview with Men’s Journal, stating that they began each workout with a warm-up, and adjusted the day’s exercises as needed.

Jackman also enlisted the help of a personal trainer to get his body ready for his role as the insanely shredded Wolverine. Working with trainer David Kingsbury, the star combined intense workouts and a fasting diet to pile on the muscle in the six months prior to filming one of his first forays as Logan, The Wolverine. Similarly to Reynolds, Jackman focused on a different muscle group every day but added in more cardio and ab workouts. He would train for three hours every day, specifically two hours in the morning and one later on. These morning workouts were especially great for burning fat when done on an empty stomach, as your body will burn fatty acids rather than glycogen. The cardio should be low intensity, with your heart rate no higher than 65% of its maximum so that your body burns fat and not muscle. High Intensity Interval Training was also utilized by Jackman for his afternoon workout, including cycling sprints for 30 seconds followed by 60 seconds of resting pace.

So, who would win in a superhero showdown between Ryan Reynolds’ Deadpool and Hugh Jackman’s Logan? While Logan may take the contest when it comes to brute strength, Deadpool’s amazingly fast healing factor makes him practically immortal and his mercenary skills certainly would come into play in such a fight. Whose side would you take?