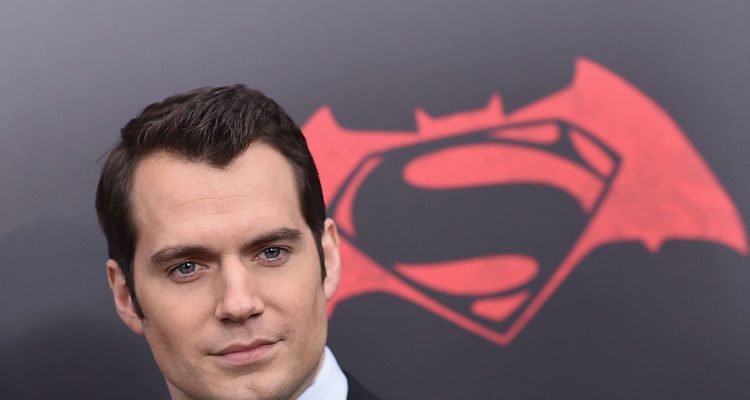 Henry Cavill, who plays Superman—and who will reprise that role in 2017 with the release of the Justice League—was put to the test this past week when he did a grueling charity run with the Royal Marines.

The 33-year-old looked tired and drained after his 10k run (six miles)—he did the Endurance Course on Woodbury Common in Devon. Training as Superman and for Justice League definitely helped the actor, but he was still feeling the impact of the long and tiring race.

The Batman v Superman star did other things besides run. He also climbed ladders, crawled through the mud, and swam in water that was nearly freezing. The event was organized by the Royal Marines Charity and the Devon Air Ambulance. The course is used every day by the Royal Marines for recruitment and officer training. The land is rough moorland and woodland of Woodbury Common near Lympstone.

Cavill posted a picture to his Instagram account after the Royal Marines challenge, showing him and his team before and after the run. He thanked everyone who took part in the challenge and admitted that it wasn’t easy. Cavill is in exceedingly good shape and has to be to look the part of Superman. So what exactly does a Superman workout look like?

Before and after the commando challenge! Thank you all so much for your incredible support for a charity that is near and dear to my heart. A special thank you to those who ventured all the way to Devon England to take part in the challenge itself. It certainly wasn't easy and your efforts are so very much appreciated! #RMCharity #CommandoChallenge

A new standalone sequel to Man of Steel is in the works, according to the actor’s agent, Danny Garcia. This means that Cavill will have to keep training hard to maintain his current physique, at least until he finishes filming for all of his Superman roles. Earlier this year, the actor shared a photo on Instagram where he gave fans a glimpse of his weight training regimen.

When Superman training, use your mind, you must. #Yoda #UseTheForce #SupermanTraining #JusticeLeague #Superman

Cavill’s trainer’s goal for the actor’s Superman physique is literally to appear impossibly lean and muscular, but he does it by working on Cavill’s athleticism. Garcia wants Cavil to not only look superhuman on-screen, but also be able to do basic movements like running and jumping when the scene calls for it.

And the way to achieve this is through CrossFit-style training, which means doing circuits and timed workouts that includes plyometrics. This combination achieves functional strength and endurance, along with the necessary muscles.

Cavill started his training years back by adding muscle mass at first, eating large amounts of fats, carbs, and proteins (the holy trinity of foods for building mass and muscle), as well as doing hours of weightlifting.

After that, he cut calories in order to get to a leaner body mass that would show off his toned and muscular body. This kind of body takes a team of trainers a lot of work to achieve, and it’s safe to say that Cavill has been successful.