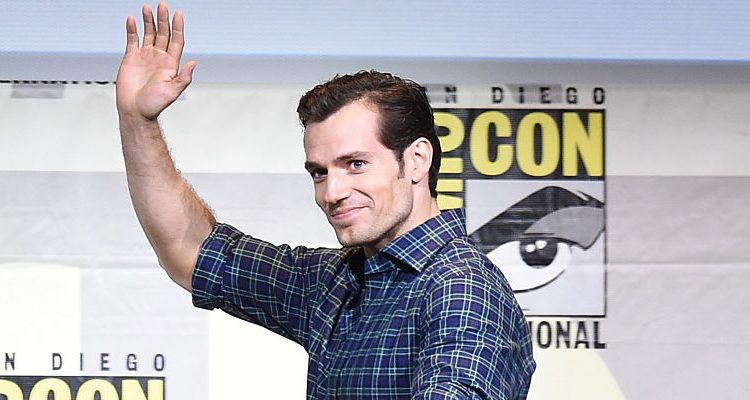 Henry Cavill has taken on the responsibility of being this generation’s Superman, and he’s taking it seriously. In preparation for his role as the man of steel in the highly anticipated Batman v Superman, Cavill not only trained harder to achieve Superman’s legendary fit physique, but he also partook in a restrictive diet to trim any fat that was over his newly shredded muscles. Cavill poked fun at his intense diet in a photo posted to Instagram this past Wednesday.

Want to look shredded like Superman? View the details of his protein-packed diet below.

Cavill’s diet was constantly changing while preparing for his debut as the son of krypton in Man of Steel, and while the process wasn’t quite as grueling to reprise the character for Batman v Superman, the groundwork he’d already put in was tough. To bulk up, Cavill needed to up his caloric intake in direct correlation with the amount of hours and types of exercises he was doing at the gym. This doesn’t mean that he got to pig out on junk food, though; the strict diet was a combination of a low-fat diet and high-protein diet that helped him gain muscle mass.

For the first two weeks of training, Cavill needed to consume 3,500 calories a day in order to give his body the appropriate fuel for long days in the gym. This was spread over five meals and included a huge breakfast of five egg whites, two whole eggs, half a cup of oats, an apple and a multivitamin. Other meals included healthy carbs like brown rice and sweet potatoes, as well as lots of lean protein like tuna and chicken breasts. Protein shakes were added throughout the day to ensure he hit his caloric goal and gave his muscles the amino acids they needed to repair and rebuild larger after every workout.

Weeks 3-6 added an extra 500 calories to his daily intake, but it was weeks 9 and 10 that made the jump up to 5000 calories daily. Protein was still the primary focus of his diet that included meals like 4 chicken breasts, 4 ounces of cheese, 4 cups of vegetable soup, 4 crackers, 3 whole pitas and 12 peanuts. That’s a lot of food in just one sitting, never mind that he was eating these protein-filled meals six times a day and drinking up to three protein shakes.

Weeks 11 and 12 cut this high intake nearly in half, dropping back to 3,500 calories. Restricting his caloric intake at this point helped to trim fat and create muscle definition. While packing in the protein helped him bulk up, reducing his daily calories so drastically had his body burning off fat and revealing Superman’s signature chiseled body.

Henry Cavill definitely put in the hard work required to earn the title of the Man of Steel, and he has been doing a fantastic job of donning the iconic red cape thus far. With rumors of his return in the upcoming Justice League sequel, he’s on course to be one of the best Supermen yet.