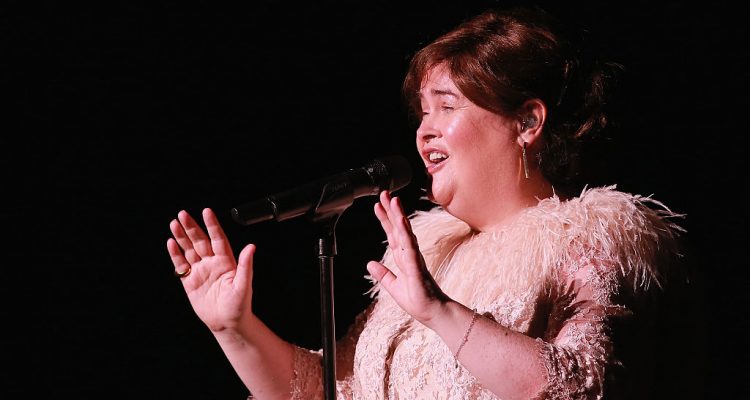 Losing weight and staying fit is almost part of the game in Hollywood, but it’s not a bad one because being overweight can have associated health problems. Susan Boyle, Angela Simmons, Melissa McCarthy, and Mark Wahlberg have all experienced weight loss over the past few months in an attempt to get their health back and look more fit than ever.

Going in to 2017 is looking fabulous for these stars. Following a nutritious diet plan, whether that means eating meat or not, eating gluten or not, or some variation that suits you of all the foods out there (that are good for you), and following a regular exercise plan are two sure–fire ways to promote excellence in health that will last a lifetime if kept up.

Singing sensation, Susan Boyle, has undergone some serious weight loss. She was diagnosed with type 2 diabetes, and in order to better control the condition, she followed a strict diet that had her eliminate sugar. Not only was she able to better manage her diabetes, but she also lost weight as a result, too.

If you’ve been wondering what the Britain’s Got Talent star has been up to, it seems that her Asperger’s syndrome has become quite severe and it may cause her to never be able to perform live again. If you don’t know what Asperger’s syndrome is, it is a type of autism that is a lifelong developmental disability.

Asperger’s affects how a person interprets the world around them, along with how they process information and interact with others. Boyle was diagnosed with Asperger’s in 2012, which has made live performing quite challenging for her.

Between personal family issues along with poor health concerns, it’s been a traumatic past 18 months for her. She said in an interview, “It’s like being on a rollercoaster. You’ve got me on a good day but I’m always up and down. With guidance, I can stay on a level. I have breathing exercises I can do.”

The Growing Up Hip Hop star, Angela Simmons, will be co-hosting on the talk-variety show, The Real for a week—and she looks incredibly in great shape after losing her post-baby body fat.

Many fans are inspired by her weight loss after giving birth. New mom, Simmons, is a stunner and her workouts have encouraged many moms-to-be.

It must have been quite a moment on The Real when Simmons’ one-month-old baby son, Sutton Joseph, made his debut TV debut. This YouTube video shows a sneak peek of the star’s bundle of joy making his debut with her fiancé, Sutton Tennyson.

Simmons likes to be in shape and her posts on social media on her diverse workout regimen prove this. The star hit the gym just 13 days after giving birth after receiving approval from her doctor, and started with some gentle yoga.

Losing a whopping 75 lbs might be a nightmare for many, but not for Melissa McCarthy. The Gilmore Girls’ chef Sookie reveals her weight loss secrets for her fans. Sticking to the recommendations of nutritionists, fitness experts, and doctors, along with following a healthy diet and regular fitness regimen is cumbersome, but the results are definitely astonishing.

With a high-protein, low-carb diet, McCarthy has shed quite a bit of weight and looks stunning. The other secret to her weight loss as told to OK! Magazine is, “A super-boring life. You go to bed at 7:30 [pm]. That’s the trick.”

McCarthy is a vocal advocate for larger women and insists women to wear cute clothes no matter what their size is! She felt the pinch of being bulky and says larger women are often shamed by the fashion and entertainment industries and she’s happy to be a voice for them.

She has stuck to high-intensity interval training (HIIT) and other cardio workouts as reported by Celebrity Health Fitness. Let’s take a look at her other fitness secrets.

Mark Wahlberg revealed his weight loss and chiseled body on the new season of Wahlburgers. The Transformers star can be seen topless numerous times during the show, revealing his solid six-pack and defined arms. The star noted he dropped 16 pounds.

Wahlberg had to amp up his fitness routine in order to get back into Transformers shape. In the episode he said, “I saw Michael Bay and he freaked out – we were about three-and-a-half weeks out from shooting Transformers, so had to lose all the weight in a very short amount of time.”

Although he dropped 16 pounds and his body fat went from 16 to less than 10 percent, Wahlberg was sure to add that he wasn’t going to remain that skinny for a long duration.

Wahlberg rose to fame as a result of his fit body, and so many years later, his body still gains much of the attention. For many of his movie roles, Wahlberg has dedicated days to training in order to prepare. He always has bulging muscles.

Wahlberg has transformed his physique numerous times for various movie roles, so he is no stranger to intense workouts, heavy weightlifting, resistance training, and switching up his diet.