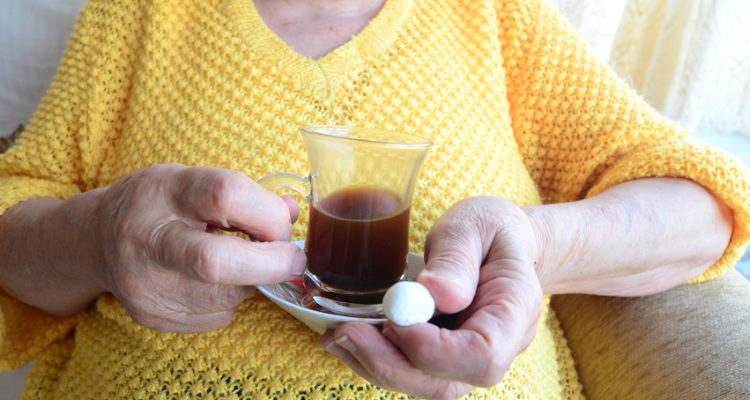 Artificial sweeteners might help obese people cut the calories and drop a few extra pounds, but the act could still lead to negative health effects, according to a new study published in Applied Physiology, Nutrition and Metabolism.

Artificial sweeteners, such as aspartame, aren’t digested by the body. And since they are typically used to help people cut calories, weight loss can be considered one of the health benefits of using these sugar substitutes.

Researchers wanted to examine whether aspartame, fructose, sucrose, and saccharin impacts the link between obesity and glucose tolerance. Study data was gathered from 2,856 adults from the U.S. who participated in the Third National Health and Nutrition Survey. Each subject reported his/her diet from the previous 24 hour period, and was categorized as one of the following:

• Consumers of artificial sweeteners, such as or saccharin or aspartame.
• Low or high consumers of natural sugars, such as fructose or sugar.

Researchers concluded that obese people who consume aspartame have worse glucose tolerance than those who don’t take sugar substitutes .

Artificial sweeteners are typically used to help people manage their weight as they aren’t digested by the body. But this study suggests that gut bacteria might be able to break down artificial sweeteners, which can lead to negative health effects.

Further, researchers state that adverse effects weren’t found for those who consumed natural sugars or saccharin. They concluded that further research will need to be done.

The study was headed by researchers out of York University’s Faculty of Health in Canada.