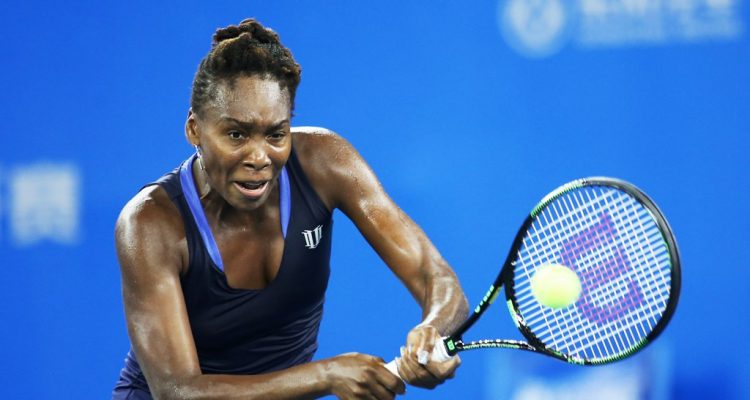 Venus Williams is one of the greatest women’s professional tennis players of all time, and she also suffers from Sjoren’s syndrome.

To help cope with her symptoms, she’s adopted a raw vegan and plant-based diet, which contains lots of anti-inflammatory foods.

Sjogren’s syndrome is a chronic autoimmune disease that affects about 4 million people in the U.S. It causes white blood cells to attack moisture-producing areas of the body, including the kidneys, lungs, eyes, salivary glands, mouth, nervous system, and skin.

The 36-year-old has been the number 1 ranked Women’s Tennis Association singles player in the world on three separate occasions. She has won seven Grand Slam singles titles, including five Wimbledon titles. She has also won 13 Grand Slams in women’s doubles, and two in mixed doubles. 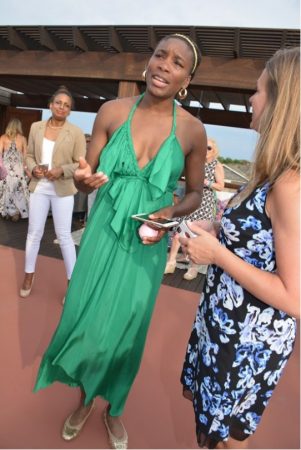 Venus Williams shows off her lean figure in a green frock as she attends a private party at Holiday House in the Hamptons, New York, on June 21, 2016. Credit: SKYLINE / Splash News.

Venus Williams Is a “Cheagan”: What Does that Mean?

Venus Williams calls herself a “cheagan,” which is a portmanteau of the words vegan and cheating. It’s a vegan-based diet that allows for some deviation. Vegans can technically eat processed foods such as French fries and potato chips (as long as there are no animal products in them), but healthier vegans tend to choose only nutrient-dense plant-based foods, especially various green vegetables. Williams says she’s not perfect but follows a plant-based diet and lifestyle, with the occasional indulgence.

She regularly enjoys fresh vegetable juices, including wheatgrass shots. Wheatgrass is a nutritional powerhouse that helps treat skin diseases, cancer, digestive conditions, blood disorders, atherosclerosis, and inflammatory conditions. Plus it can help control weight loss and food cravings, and cleanse the liver of heavy metals and other toxins.

Venus Williams eats a raw vegan diet to help treat Sjogren’s syndrome; however, a plant-based diet is also thought to decrease the risk of other diseases such as heart disease, diabetes, and cancer.