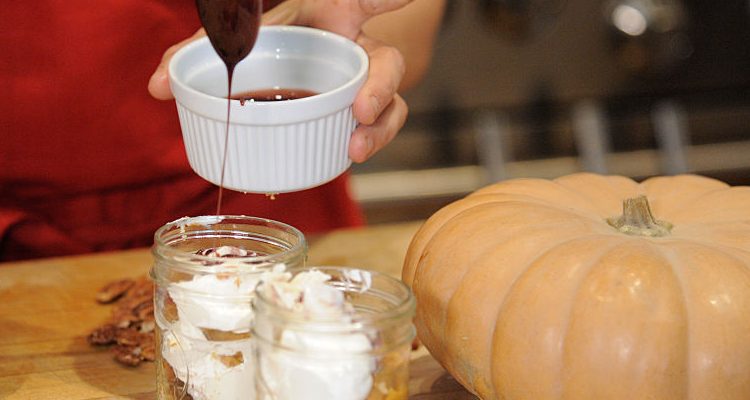 (Photo by Matthew Eisman/Getty Images for Woodbridge by Robert Mondavi)

Thanksgiving 2016 is just a few days away: it falls on Thursday, Nov. 24. Thanksgiving dinner often contains favorites like a stuffed turkey, cranberry sauce, gravy with mashed potatoes, and a pumpkin pie. That being said, your dinner may also include some healthy and non-traditional foods as well.

For instance, many people have food restrictions these days. Others have a no turkey Thanksgiving and opt for vegetarian dishes instead. Some Thanksgiving meals will honor a multicultural heritage with Mexican spices and veal, or ossobuco-style meat dishes. Other families will also implement non-traditional turkey meals with an unconventional stuffed turkey recipe.

Some restaurants in Charlotte, North Carolina are even offering vegan menus for Thanksgiving Day. For instance, Fern is a vegetarian restaurant serving entrees like cashew and pepita crusted squash filets and beet and mushroom seitan steak medallions. The restaurant Nourish is also offering a apple-butter-glazed tempeh loaf with cauliflower mash and tamari-Dijon gravy.

Are you curious about an unconventional meat dish for Thanksgiving? The following are a few recipes you can try, including an alternative stuff turkey.

Although some keep the stuffing and turkey separate, adding the stuffing to the turkey can really add to the flavor of the meal. Here is a recipe you can try for yourself:

You may not think about chicken for Thanksgiving, but have you considered trying it with a maple Dijon glaze?

The thought of making a ham with the bone-in can be overwhelming for some people; however, it is a lot easier than you may think. Making a good ham requires a little patience. Try the following bone-in holiday ham recipe below: