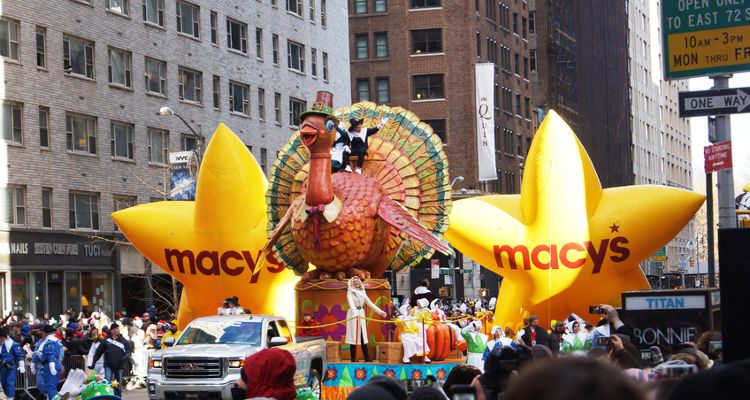 Remember when Thanksgiving was all about turkey, grandma’s pie recipes, and having a good time with your family, instead of trampling over people to get a new television set? I sure do…and so does America’s favorite criminal, Martha Stewart.

Making Thanksgiving As Easy As Possible

She did the crime and paid the time, and now she’s back offering up some her favorite recipes to bring the tasty back to your Thanksgiving spread. In fact, she’s even selling her own Martha Stewart brand Thanksgiving box, stuffed with a whole turkey, three sides, and a pie. So if you want a little touch of Martha around the table—or just want to trick your family into believing you’ve been hard at work when you’ve really just been kicking back for some well-deserved relaxation—you’re covered.

A Tasty Twist on A Thanksgiving Classic

Of course, if you love cooking a turkey, that box idea might have been offensive. After all, this could be your time to shine. If you want a new twist on your turkey this year, you might want to try Martha’s recipe for upside-down turkey, featuring celebrity chef John Besh’s oyster sauce.

Thanksgiving in many households is marked by living rooms filled with sleepy families and unlatched top buttons. Over-eating is easy to do because there’s so much good stuff, and it’s a feast many Americans look forward to all year. I don’t need to go into too much detail, but don’t act like you’re not already thinking about the turkey, graving, stuffing, and sweet potato pie.

Turkey, in and of itself, is very healthy. If you stick to the breast it’s protein dense and low fat, and even dark meat options won’t dismantle a diet—dark meat is slightly higher in fat, but definitely worth it for the flavor.

If you can, avoid the skin and go easy on the gravy. If your cranberry sauce came from a can and is loaded with sugar, don’t pile it high on top, just stick to a one or two tablespoon serving. It’s ludicrous to suggest skipping desert altogether, so just stick to a small piece of pie.

The most difficult part of a tempting thanksgiving spread is portion control, so be smart. Without layering it up to the rafters, cover about 2/5 of your plate with turkey, 1/5 with sweet potato/turnip, 1/5 with green veggies and the rest with something else that tickles your fancy.

Try to avoid excess, useless calories like dinner rolls, and give your body time to digest. It takes about 20 minutes from the time you start chewing for feelings of fullness to reach your brain, so take your time and enjoy the meal!