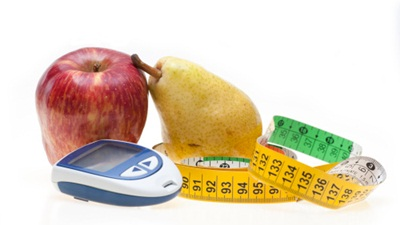 If you are suffering from or have an increased risk for type 2 diabetes, you may have been told not to eat fruit because it will cause your blood sugar to rise. There certainly are various conflicting views regarding what you should or should not eat if you have type 2 diabetes. Some recent research sheds some light on this question and can help resolve this issue once and for all.

New research published in the British Medical Journal indicated that people who ate a diet higher in whole fruits—particularly blueberries, grapes, and apples—had a lower risk of type 2 diabetes. The research team examined data from 187,382 subjects between the years 1984-2008 which encompassed three large observational studies. During this study period, 12,198 of the subjects developed type 2 diabetes. The researchers evaluated the fruit intake of the subjects and included overall fruit intake and the consumption of specific fruits like blueberries, bananas, apples, oranges, pears, peaches, and cantaloupe.

The results: the subjects who consumed at least two servings per week of blueberries, apples, or grapes decreased the risk of developing type 2 diabetes by 23% compared to subjects who ate less than one serving per month. These healthy foods were found to be the best food for diabetics.

In addition, subjects who consumed one or more servings of fruit juice per day increased the risk of developing type 2 diabetes by as much as 21%!

PLUS: Which Fruits Are the Best Food for Diabetics?

The researchers found that by substituting three servings of fruit juice per week with the equivalent in actual fruit, such as the healthy foods mentioned above, the participants were able to lower their risk of developing type 2 diabetes by seven percent.

How Does This Study Relate to You?

Much has been said about the role that healthy foods play in our lives, and which foods are the best food for diabetics. The study shows that choosing healthy foods such as whole fruits, instead of fruit juice, can greatly decrease your risk of developing type 2 diabetes because the sugar released from the juice raises blood sugar and insulin levels much faster than whole fruit which contains fiber to slow its absorption.

Fruit juice is higher on the glycemic index scale and can be a risk factor for diabetes if you drink a great deal of it. That’s why healthy foods such as blueberries, grapes, and apples should be on the top of your list of the best food for diabetics.

In my opinion, if you are pre-diabetic or if you have metabolic syndrome, you should completely avoid fruit juice. Secondly, consume whole fruits like berries, grapes, apples, pomegranate, and guava.

These healthy foods have a high amount of chemicals called anthocyanins which can decrease inflammation, reduce cholesterol, blood pressure, and insulin resistance. In the present study, the subjects who ate the fruit containing the highest amounts of anthocyanins relative to other fruits (blueberries, apples, grapes) had a significant reduction in type 2 diabetes risk.

This study shows that the best food for diabetics may indeed be fruits, contrary to popular belief. In my opinion, you should consume two to three servings per day of these whole “super fruits,” either fresh or flash frozen, to reduce your risk of developing type 2 diabetes.