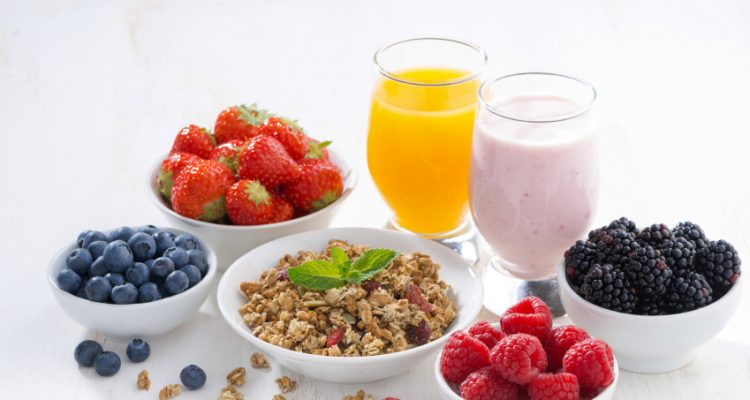 High blood pressure is a leading cause of heart attack, stroke, blindness, and kidney disease. High blood pressure or hypertension is one of the most common diseases associated with the aging process and may not have any particular symptom pattern.

There are several different diets that have been recommended to lower high blood pressure or prevent it from occurring. The DASH (dietary approaches to stop hypertension) diet which has been previously recommended is a low-fat, low-sodium diet designed to control blood pressure. This diet encourages a higher intake of whole grains, fish, poultry, vegetables, and dairy products and less red meat, fats, oils, and sugar.

Other diets that support the intake of plant foods are purported to be the best type of diet to lower high blood pressure and keep it lower.

Diets that are much lower in carbohydrates but higher in fat suggest that this is the best way to eat in order to control blood pressure.

Although the scientific evidence is contradictory in this regard, some new research may provide a greater degree of clarity.

Research conducted by scientists in Japan and the U.S. consisting of a meta-analysis of 39 studies, looked at the relationship between diet and hypertension. The studies were conducted in 18 different countries and involved over 21,000 subjects.

The results of this analysis indicated that those subjects who avoided the consumption of meat had the lowest blood pressure readings and were more likely to have normal blood pressure compared to people who consumed meat. The people consuming the vegan-style diet had an average seven-point decrease in systolic (higher number) pressure and a five-point decrease in diastolic (lower number) pressure measurements compared with meat-eaters.

According to the study author, subjects who ate meat would be better advised to switch to a diet higher in vegetables, whole grains, and legumes. It was also found that other subjects who switched to more of a plant-based diet could reduce their blood pressure to a greater extent than drugs.

The results of this study are similar to those that have indicated that less saturated fat from meat and more fiber and complex carbohydrates from vegetables, whole grains, and legumes is very effective in lowering high blood pressure. Other studies that have assessed the effects of less meat consumption, lower fat, and more complex carbohydrates upon blood pressure have arrived at the same conclusions. These types of diets are lower in sodium and saturated fat and are higher in potassium, fiber, antioxidant nutrients, and fiber. These dietary changes can decrease blood pressure very reliably.

This study really did not distinguish between the various types of vegan-style diets but did indicate some very interesting findings. The analysis indicated that over a six-year period, those who consumed a vegan style diet that included fish had the lowest risk of death relative to meat-eaters and other vegans.

In my opinion, diets which contain generous amounts of vegetables, whole grains, brightly colored fruits, legumes, fish, poultry, yogurt, and healthy fats from nuts, olive oil, and avocado are among the best for lowering high blood pressure and reducing the risks of chronic diseases like heart disease, diabetes, and stroke.