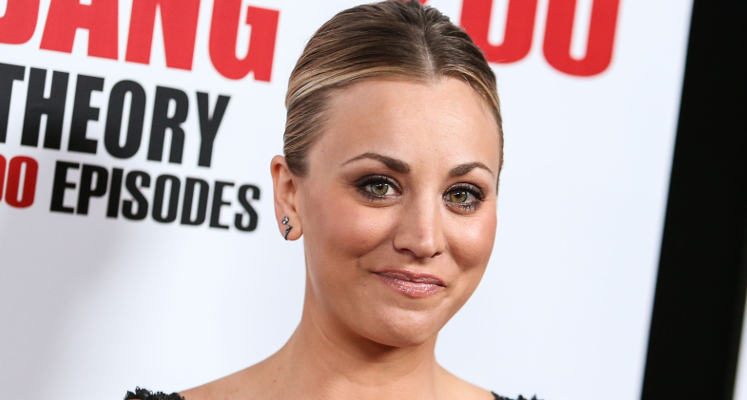 Season 10 of The Big Bang Theory premiered Sept. 19 on CBS, and The Big Bang Theory cast members Kaley Cuoco, Mayim Bialik, Jim Parsons, and Simon Helberg looked better than ever. The stars reveal the secrets of their toned figures and their healthy habits. Some have given
up smoking and drinking, and others turn to yoga and other workouts for a healthy living.

Kaley Cuoco is a very active person. For instance, after she finishes shooting for the day, she will go the stable and visit her horse named Falcon. Horseback riding is an important part of Cuoco’s workout routine. She will horseback ride for 60 minutes, four times each week.

She gets bored of the same routine and has now added a variety of different exercises for fun, including spinning classes three times a week. It helps her build core, butt, calf, and thigh muscles.

Her workout contains three to six different exercises, such as 10 reps of close-grip push-ups, 20 seconds of mountain climbers, 15 reps of squat jumps, and 30 seconds of planks.

Mayim Bialik is following a vegan diet to stay in shape and insists that her fans do the same. She’s an advocate for stopping the consumption of meat, which is a source of problems like heart disease, strokes, diabetes, and cancer. She says a plant-based diet helps one stay healthy and saves animal lives, too. Bialik has joined PETA to further this message.

She has made the task of giving up meat cravings easy by sharing some delicious vegan recipes.
Her book, Mayim’s Vegan Table, is filled with more than 100 vegan recipes. We share her Cheese Melt
recipe with you:

Spread margarine on both sides of the bread.
Cover one slice with cheese, tomato, pickles, onion, and the leaf. Add the other bread slice.
Over medium heat, grill sandwich on both sides until the bread lightly browns and the cheese is melted.

Jim Parsons loves playing Sheldon Cooper in The Big Bang Theory. In an interview with Variety, Jim revealed the interesting reason why.

“In a very specific way, one of my very favorite things about this character is his sort of lack of sentimentality. I don’t mean to sound unromantic or unsympathetic, but I cannot stand sentimentality, and I feel very lucky to be playing a character that, nine times out of 10, when something sentimental is happening in a script, I get to be the one to burst that bubble. And that gives me such great pleasure, I cannot tell you.”

Parsons is engaged to Todd Spiewak. Here we have his diet for his fans.

Parsons eats a balanced diet of proteins, fats, and carbohydrates. His sources of protein include chicken, fish, eggs, nuts, lean meat, and dairy products. He takes carbohydrates from sources like oats, sweet potato, brown rice, whole wheat bread, and bananas. He does not consume oily and deep fried foods, junk foods and keeps away from sugary drinks and alcohol.

He opts for nutritious food and has also given up smoking.

Simon Helberg plays the role of Howard Wolowitz in the hit TV comedy The Big Bang Theory. He is married to Jocelyn Towne and blessed with two kids.

He mentions about disciplining his kids, to People “I can lay down the law a little bit with my kids,” he says, adding, “They’re very small — they’re the only people that I’m bigger than. It’s fun to throw my weight around.”

He has given up the habit of smoking and drinking to stay healthy. Smoking affects the central nervous system. It energizes you for a second and just as quickly makes you tired and crave more. Smokers have a higher risk of respiratory infections, colds, and flu as well as cancers of the mouth, throat, larynx and esophagus.

It also affects the skin – discoloration, wrinkles, and premature aging. Smoking stains the teeth, fingers and affects non-smokers as well.

Drinking is equally harmful as smoking. Excessive drinking can cause alcoholic hepatitis, which can lead to the development of jaundice. It can also cause vomiting, diarrhea, upset stomach, and headaches. Other adverse effects of drinking include breathing difficulties, distorted vision and hearing, impaired judgment, decreased perception and coordination, unconsciousness, anemia (loss of red blood cells), coma, and blackouts