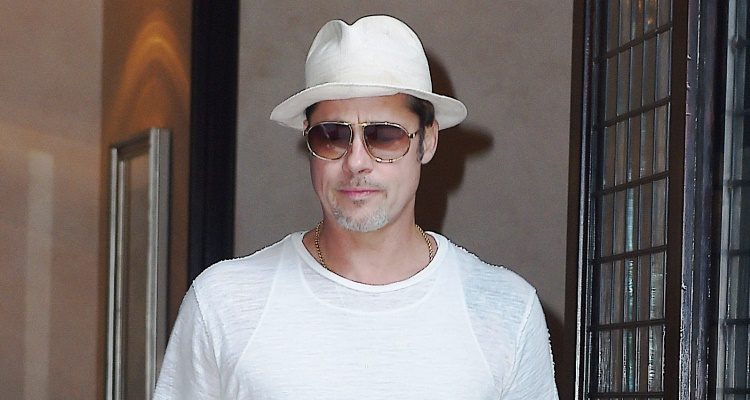 Brad Pitt in Fight Club and Troy: Getting Lean and Mean

Brad Pitt is a super-sexy actor who is known for his roles as Tyler Durden in Fight Club and Achilles in Troy, but have you ever wondered what the Brad Pitt diet and exercise plan is? Just how did this heartthrob get into such great shape? He has one of the best bodies in Hollywood and we remember it in those unforgettable roles (especially in Fight Club). Well, apparently the actor had a diet and exercise plan to follow that involved avoiding alcohol and fatty foods in order to decrease his body fat to just five percent, and exercises like sprinting and leg lifts that helped define his rock-hard abs. Brad Pitt eating lots of lean protein at every meal, especially slow-release protein sources, and keeping carb intake low were some keys.

He also had to do a process called the “bulk and cut” in order to gain 20 pounds of muscle for his role in Troy. A lot of heavy lifting was involved, along with eating many more calories and doing compound exercises like bench presses, pull-ups, deadlifts, and squats. Minimal cardio was required at this time as Pitt had to gain lots of muscle to get bigger. This was the bulking phase.

Once his optimal weight was reached, he continue the same exercises mentioned above but also increased his cardio to shed any excess body fat, bringing him down to just five percent for the film. This was the cut phase. Pitt also had to refrain from some of his bad habits, including smoking and consuming alcohol. He had to work out six days per week, with one rest day, so smoking would have not only done harm to his physical health but also slowed him down at the gym.

Here is a more detailed look at the Brad Pitt diet plan for Fight Club. The following is an example of what Pitt’s daily diet looked like:

Pitt ate seven times per day to optimize his metabolism. Protein powders were also extremely important as they provided the purest form of the nutrient to assist the body with cellular repair, muscle growth, healthy bones, increased energy, and maintenance of metabolism.

An example of the Brad Pitt Fight Club workout is as follows.

Most exercises were performed at three sets of 15 to 25 reps. The weights listed below are in pounds. 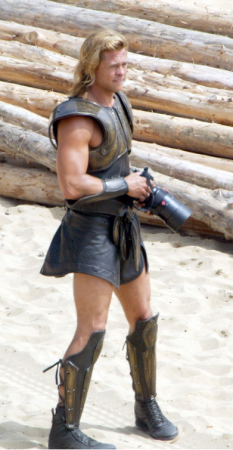 Want to achieve a body like Brad Pitt’s in Troy? One part of the equation is diet, so let’s take a look at what he ate to get in shape.

Apparently, Brad Pitt ate four meals per day while training for Troy. He had to put on about 15 pounds and reduce his body fat to within five percent to eight percent. His meals consisted of very high-protein and low-carbohydrate foods. For some, this may not be enough to support muscle growth or fuel workouts, and some suggest that six meals are better. However, it’s said that Pitt ate lots of chicken, tuna, steak, eggs, protein shakes, and protein bars. He also consumed whole-grain pasta, oats, brown rice, potatoes, whole-grain wheat bread, fruits, and vegetables for complex carbs. He has said that beer and potato chips were some of his weaknesses, and he definitely had to give that up when training for Troy.

He also ate this much because he had to increase his caloric intake and gain weight so he could put on muscle. This was probably a challenge for the star, as he once shared in an interview that on occasion he enjoyed a McFlurry from McDonald’s. There was definitely none of that in this diet. Instead of sweets and high-fat foods, snacks consisted of items like a handful of nuts. It’s also said that Pitt turned to protein shakes or protein bars to repair his muscles after a workout.

The Brad Pitt workout schedule for Troy consisted of the following. Keep in mind that Brad Pitt had a personal trainer, coaches, nutritionists, and seven months of preparation time. It is possible to achieve similar results with the Achilles workout routine, and here’s how:

So yes, Brad Pitt is a beautiful actor who so many pine after and he trains hard for his roles. You too can follow some of the suggestions in this article to trim down your body fat and increase your muscle mass. Switching to high-protein and low-carb meals and doing strength training like lifting weights and compound exercises will help you achieve the body you want. It worked for Brad Pitt while preparing for his roles as Tyler Durden in Fight Club and Achilles in Troy and it can for you, too. He is not bad on the eyes… Swoon!