Home > Food Facts > Water & Liquids > The Coffee Debate: To Drink or Not to Drink? 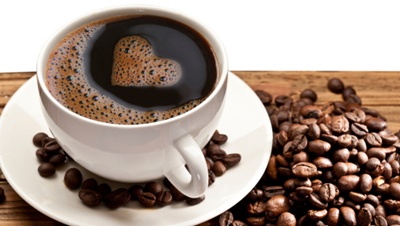 Coffee is probably the most commonly consumed drink in the world—even going to a coffee shop is a social activity. While many people regularly drink coffee, it has been scrutinized as an unhealthy endeavour, because coffee contains various amounts of caffeine and this chemical carries with it a negative connotation. Many types of commonly ingested drinks like tea also contain moderate amounts of caffeine but also have associated health benefits. For example, tea contains chemicals known as polyphenols. These chemicals have been previously shown to possess many positive health-related benefits.

The polyphenols contained within grape skins and tea is known to be potent free radical scavengers which can dispose of these toxic compounds before they can cause damage to your cells. The consumption of tea and wine has been associated with a decrease in blood cholesterol, blood sugar, and inflammatory chemicals. The polyphenols in tea and wine have also been shown to decrease the tendency to develop diabetes, cancer, and vascular disease.

It turns out that coffee has all of these qualities! Coffee contains the same types of polyphenols that tea and wine possess; however, coffee contains a special chemical called chlorogenic acid. This chemical is what accounts for coffee’s potent antioxidant capacity and has been estimated at approximately 200 mg per cup of brewed, drip coffee! Although the standard serving of coffee contains approximately 180 mg of caffeine and the equivalent serving of tea contains 130 mg of caffeine, coffee has more antioxidant potential than tea!

This antioxidant relationship has nothing to do with the amount of caffeine in coffee relative to tea. The antioxidant capacity of coffee is attributed to the unique polyphenols that are contained within the coffee. The potent antioxidants in coffee have been studied extensively and the consensus is that coffee consumption is a healthy drink for various reasons!

The intake of coffee antioxidants has been linked to lower rates of heart disease, diabetes, stroke, and cancer. The antioxidant chemicals contained within coffee exert the same type of influences on our health as does the consumption of tea and wine. Increased coffee consumption has been shown to have an inverse relationship to the likelihood of dying from any cause and also from common conditions like heart disease, diabetes, and stroke.

Like anything, moderation is key. Adults should consume a maximum of 400 mg of caffeine a day and less if you’re pregnant (stick to one cup a day or avoid it altogether). Once you exceed the limit, then you may start to see some negative effects and you might lose the associated health benefits of coffee, so stick to moderation and enjoy.