Home > Advice > The Controversial Side of Coconut Oil 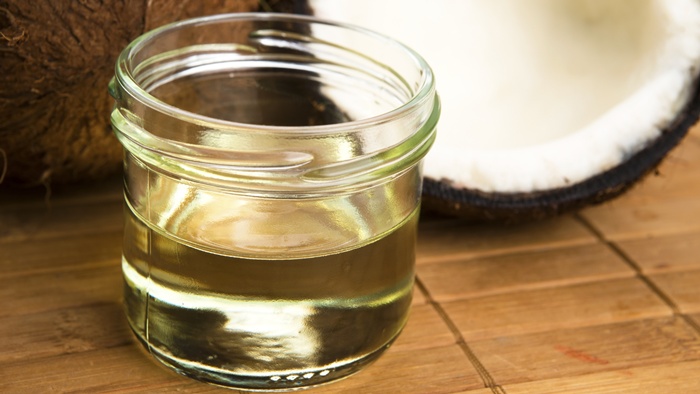 Coconut oil has seen some real time in the limelight recently as a way to get healthy fats into your diet. But is it the be-all end-all of food cures? Not a chance!

There are some countries in the world (like Thailand and Vietnam) where coconut oil has been a cooking staple and using it as part of an everyday diet is nothing new. But here in North America, things are so different. People love their coconut oil because it’s trendy and tastes great. But just because it’s popular doesn’t mean it will cure you of absolutely everything that ails you.

Coconut oil can certainly be very useful, but by no means should it be used as a sole substitute for the other types of healthy fats found in fish, nuts, seeds and avocado. Superfoods! There are two myths regarding the use of coconut oil that I should lay to rest for you, so you can begin to enjoy the benefits (without all the added hype).

You often hear cholesterol and coconut oil mentioned in the same sentence, but how coconut oil benefits your cholesterol depends on several different factors—how much you consume, genetics and diet just to mention a few.

One study in the Philippines, published in the Asia Pacific Journal of Clinical Nutrition, looked at the effects of coconut oil on blood cholesterol in 1,839 women aged 35 to 69; some interesting facts emerged. There was no association between the intake of coconut oil and lowered LDL levels (also known as bad cholesterol).

However, the average consumption of coconut oil was positively associated with higher concentrations of HDL cholesterol (good cholesterol) in the blood after an overnight fast.

HDL cholesterol is protective against the development of atherosclerotic plaques inside your arteries. So while coconut oil won’t lower your cholesterol, it could work to increase levels of good cholesterol. Knowing the exact details is so important.

Coconut oil compared to vegetable oils for cooking? The word is coconut oil wins for good health. However, previously published evidence does not support this notion.

One study that appeared in the Journal of the American College of Nutrition looked at the effects of cooking with coconut oil compared to cooking with vegetable oils and how they each affected the plaques inside the coronary arteries.

This study indicated there was no difference in the type of fat deposited in the coronary arteries if you cooked with either type of oil. When it came to the cause of the plaque build-up in the arteries, the intake of saturated fats from animal sources was considered to be the main source of problems.

When it comes to your health, being able to know the difference between myth and fact is a constant battle. If something ultra-trendy comes along (like coconut oil), take all the information you read with a grain of salt and investigate the facts on your own, preferably with the help of your health care provider. The newest craze isn’t always the best thing going.