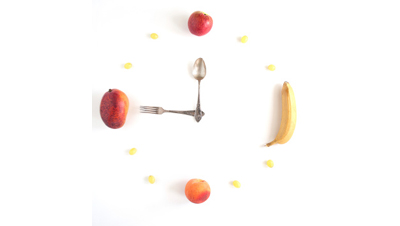 Alzheimer’s disease is the most common cause of dementia in our aging population and its incidence has continued to increase in the last several decades.

This disease is particularly problematic because, although there is evidence to show what pathological changes in the brain are associated with the disease process, there is some doubt as to the actual cause of this terrible disease.

Currently, there are no treatments available which can reverse the changes seen in the brains of Alzheimer’s patients.

However, there is some current evidence indicating that various chemicals associated with an increase in the inflammatory process have been found in the brains of patients suffering from Alzheimer’s disease.

These pro-inflammatory chemicals have also been attributed to higher levels of oxidative stress induced by excessive free radical generation inside the brain.

Other published research has indicated that the pathological process associated with the development of Alzheimer’s disease may be traced to the general levels of systemic inflammation occurring throughout the human body.

These small blood vessels are important in brain cell function. The sensitive cells which line these small arteries known as the endothelium can become damaged and leak free radicals and pro-inflammatory chemicals which can cause brain cell damage.

In the same manner that foods can reduce the inflammation in conditions like heart disease and diabetes, so too can they do the same in the brain by the identical mechanisms. In my opinion, what is good for your heart and blood vessels is equally good for your brain!

Any nutritional program which focuses upon the consumption of foods that contain generous amounts of compounds to combat inflammation is recommended. The Mediterranean diet contains large quantities of green leafy or colored vegetables and fruits, providing a rich source of antioxidants. The diet also contains whole grains and legumes like rice and beans which can keep blood sugar and insulin levels low and sustained. These foods will decrease the inflammatory response and absorb free radicals.

The Mediterranean diet also contains generous amounts of fish and seafood which contain the omega-3 fatty acids. These types of fats can reduce inflammation inside the brain’s small arteries and improve endothelial function, reduce blood clot formation, and enhance blood flow throughout the brain.

These essential fats can also improve insulin sensitivity and keep blood sugar regulated. In this respect, the omega fats can keep inflammation low throughout your body and improve brain cell function.

This eating style is associated with the increased consumption of nuts, extra-virgin olive oil, avocado, and red wine.

These healthy foods not only supply an important source of the omega-9 fats needed for the reduction in blood pressure, cholesterol, and levels of inflammation, but supply phytochemicals like resveratrol and oleocanthal which have very potent antioxidant and anti-inflammatory properties.

These chemicals can have the same effect upon the brain as they do upon other organ systems and could be very helpful in the avoidance of chronic diseases like heart disease and Alzheimer’s which share many similar traits.