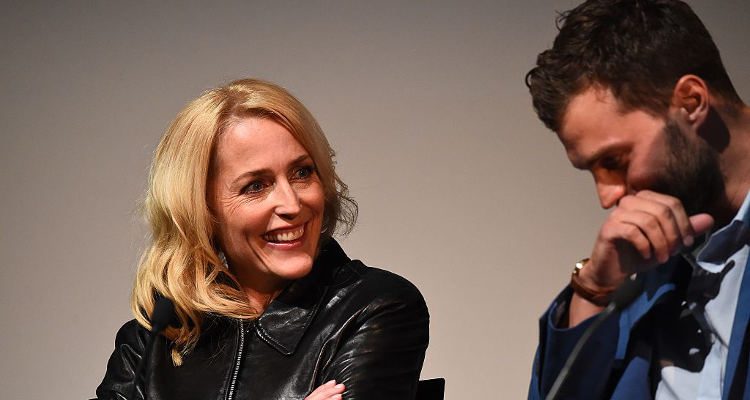 Stunning actress Gillian Anderson looks radiant next to hunky co-star Jamie Dornan in Season 3 of The Fall. Anderson is known from her days on The X-Files, where she played an FBI agent.

Since then, she has managed to look incredible in all her TV and movie roles, and this 48-year-old mother of three does not show any signs of stopping. So, how does Gillian Anderson look so good? What are her fitness secrets? Read on to find out what she does to keep her fit body.

Gillian Anderson is not a fitness fanatic, but she does believe in keeping herself healthy. The X-Files actress has enjoyed swimming as her favorite form of exercise since her early childhood, and it’s a great form of cardio, not to mention how easy it is on her joints.

Her exact workout is unknown, but speculation is that the actress doesn’t really follow a rigid routine. When she does find time to exercise, she tends to focus on things like Tai Chi, yoga, and hiking. She usually keeps her workouts light, so it’s not a stretch to assume that she likely doesn’t get into any heavy weight lifting or intense gym workouts.

When it comes to her diet, Anderson admits that she does have a guilty pleasure and weakness. It is none other than Coca-Cola. Yes, not the healthiest option as a beverage, considering it’s loaded with sugar. However, when you love something, you love it.

Another bad fitness habit of hers is to keep super busy with work, errands, and other distractions instead of adhering to a meditation and exercise regimen. Does this sound familiar to you? So many people are just like Anderson in this department; finding excuses and distractions to keep from focusing on exercise and healthy eating.

Although that is the scoop according to one source, another one claims that Anderson does start each day with meditation and likes to eat clean. She tries to stay away from too many carbs, and has even tried a raw food diet.

She may follow a gluten-free diet, although it is not confirmed. The actress shared that she has sensitivity to wheat, though. She also admits that she is a dark chocolate lover.

Anderson also shares that feeling deprived and restricted when it comes to her food options triggers her cravings. Instead of limiting herself from eating the things she loves, the actress likes to practice portion control and eat everything in moderation and in smaller amounts to help promote digestion and avoid excess weight gain.

She also drinks plenty of water to keep hydrated and ensure that she gets enough sleep, which helps one look and feel younger. Getting enough sleep also keeps cravings and moodiness in check.

Overall, Anderson admits that she is at her best when practicing self-care. Waking up before her children to center herself with meditation, eating in moderation, getting a good night’s sleep, exercising, and finding a balance between work, friends, family and everything else is when she feels the most fulfilled and happy.