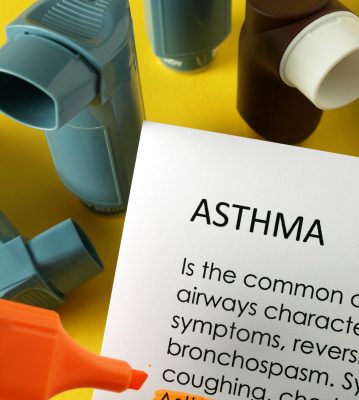 Asthma is a common but complicated disease that affects millions of children and young adults every year in North America. There are many causes of asthma including pollution, acute allergies, environmental allergens, exertion, noxious chemicals, food allergies, and stress.

Asthma is an inflammatory condition where the air passages leading to the lungs constrict and large amounts of mucous can be produced. This decreases air flow in and out of the lungs making breathing very difficult. As previously stated, asthmatics have some very important triggers which can lead to an attack. One of the more important factors attributed to the development of asthma that can be controlled are the foods you choose to eat.

4 Foods to Avoid When Suffering From Asthma

We have all heard of someone eating peanuts or shellfish and having an acute asthma attack. There are food allergies which can have a delayed response in the production of asthma symptoms.

The most common of which are milk, wheat, citrus, and various food additives like colorings and sweeteners. If you have asthma, try eliminating some of these foods from your diet and keep a record of which foods make your asthma worse.

The consumption of saturated fat can actually increase the amount of inflammation produced within your body. Saturated fat from red meats, butter, cream, lard, and full-fat cheese contain higher amounts of a fat called arachidonic acid.

This chemical is an important contributor to the inflammatory response. Researchers have found that some vegan diets can reduce asthma symptoms, and it’s thought to be because of the arachidonic acid found in saturated fat.

This type of fat can actually promote the inflammatory response in the lungs and produce worsening of asthmatic symptoms. Total avoidance of trans fat from the diet is recommended in order to control asthma.

The consumption of simple sugars and refined carbohydrates manufactured from refined grains like wheat or rice rapidly increase blood sugar and insulin levels. The high amounts of insulin and body fat storage associated with this type of diet causes the continual secretion of chemicals which encourage the inflammatory response.