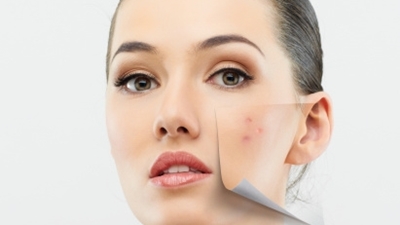 It is easy to sympathize with people’s frustrations in coping with acne since we live in a society that is primarily focused on appearances. It is a debilitating condition affecting 17 million Americans today. Aside from the fact that it can cause physical pain, acne can cause social, emotional, and psychological damage, which can lead to depression and anxiety. Besides the toll it can take on your psychological well-being, it can be quite costly to manage due to the high costs of medications, topical gels, and cosmetics to cover up any marks.

Are there any effective methods, such as an acne free diet, to improve your skin conditions that are more budget-friendly? I’m sure that you have heard the advice to stop eating chocolate, sweets, and fatty foods. But can an acne free diet really be the best adult acne treatment?

In the beginning of the 20th century, diet therapy was used as an adjunct adult acne treatment along with medications. In the 1960s, medical experts dropped this idea.

It is no wonder that dermatologists disputed these claims and refuted any connection linking diet to acne development since the evidence was lacking and rather weak. So research in this area halted for the next 40 years.

That’s all changed now. In recent years, dermatologists and dietitians have re-opened the idea of an acne free diet. Current research has focused on the associations between dairy products and high glycemic-load foods on acne to determine if an adult acne treatment plan should include eliminating these products.

Glycemic foods to eat on an acne-free diet

The glycemic index is a measurement of how fast blood glucose levels rise after consuming a particular food, with glucose having a value of 100. Foods higher on the glycemic index are more refined and indicate a greater surge in blood sugar levels, thus an acne free diet often emphasizes eating less of these foods.

The evidence behind glycemic load foods came about prior to World War I. Many native population groups in Canada were found to have a very low prevalence of acne.

As their diet evolved into a more westernized diet—in other words, a high consumption of dairy, processed foods, refined grains, and beef—the prevalence of acne among this population significantly increased.

A diet containing high glycemic foods leads to the pancreas increasing the amount of insulin secreted into the bloodstream.

This can lead to a cascade of other hormones being released, leading to increased production and secretion of the oils in your skin, particularly on your face, which can cause acne.

Since these initial studies had many flaws (such as small sample sizes, short study durations, self-reported food intakes, and major weight loss that affects hormone levels), further studies to determine if an adult acne treatment plan should include a specific acne free diet were warranted.

In 2012, a randomized control trial evaluated 32 people aged 20 to 27 that were either assigned a low glycemic diet or a control diet, which was rich in carbohydrate foods.

After five weeks, there was a decrease in the inflammatory lesions on the skin and after 10 weeks, an even further decrease in these lesions along with a decrease in the amount of oil that the sebaceous glands were releasing. However, this study, like most of the previous ones, had a small sample and short study duration.

Several other studies, with many limitations, have also linked dairy consumption, particularly milk, as a promoting factor in acne development, thus some people avoid dairy on an acne free diet.

It is not fully understood whether it is the hormones found in milk, the milk proteins, or the effect milk has on insulin and hormonal levels in your bodies that cause acne but so far, preliminary research shows avoiding dairy might be beneficial as part of your adult acne treatment plan.

While further studies, especially randomized control trials are warranted, nutrition therapy as an adjunct therapy or as an adult acne treatment shows promise. While concrete evidence is not currently available, this debate among dietitians and dermatologists continues to carry on. Certain aspects may work for some people and therefore individualized care, at this point, is recommended. Speak to your dietitian for individualized dietary counseling advice for your adult acne treatment.

Recommendations for a diet low in refined sugars, high in whole grains and fiber carbohydrates can certainly provide many health benefits, whether it is for an adult acne treatment or just your general health.

For those considering reducing your milk consumption, make sure an appropriate replacement such as soy beverages are consumed to ensure that you are getting adequate amounts of calcium and vitamin D in your diet.